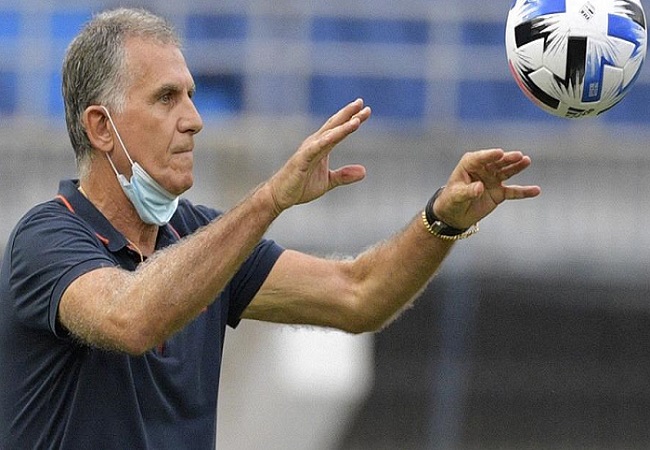 Egypt’s national team coach Carlos Queiroz canceled Thursday’s training session with the Democratic Republic of Congo’s (DRC) national team and postponed the Pharaoh’s flight to Cameroon until Saturday after coronavirus cases were reported in their camp.

The Pharaohs, who have won the competition a record seven times, were due to depart on Friday. But they will now fly to Cameroon on Saturday.

“Unprecedented times. The more the situation becomes difficult, the more we stay together and strong.” Coach Carlos Queiroz tweeted.

The Nations Cup starts on Sunday, with Egypt facing Nigeria in their first Group D match on Tuesday (16:00 GMT).

The number of cases and identities of those who have tested positive have not been disclosed.

“Better we stand together and focus on what we need to do to meet the challenges.” Queiroz’s message added.

“Dear Friends and Team Mates, we all pray for your health, wishing fast recovery and return to our Team.”

Egypt are the latest side to be affected by coronavirus cases before the tournament, with Arsenal striker Pierre-Emerick Aubameyang among two positive lateral flow tests tests in the Gabon squad on Thursday.

Guinea were forced to leave behind defender Mikael Dyrestam, midfielder Morlaye Sylla and striker Seydouba Soumah at their training base in Rwanda.

Cape Verde and debutants The Gambia have been hit by several positive tests this week, while Tunisia have also reported cases from their pre-tournament camp.