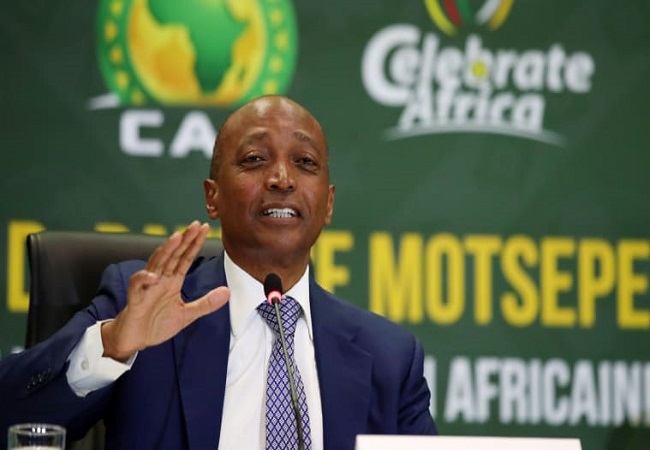 The Confederation of African Football (CAF) president Patrice Motsepe has vowed to ensure that the Africa Cup of Nations (AFCON) finals underway in Cameroon is a resounding success.

Motsepe said this in his speech marking the start of the 24-member tournament in Yaounde on Sunday evening, amid lingering doubts over rising Covid-19 cases that have hit teams hard.

“I thank Gianni Infantino [FIFA president] for his support and thank you to president Paul Biya [of Cameroon]. Let us send the message to the world. We want to develop football.

“We want to send a message to the 54 African countries that it is going to be the best tournament that has ever taken place in Africa. We want inspire Africa. Today, we believe. It shows that we believe in Cameroon. We believe in ourselves and we believe in the people of Cameroon.”

Biya, who arrived at the venue with his wife, has since declared AFCON finals open officially.

The competition involves six four-member groups and will end on February 6 2022. Algeria are the defending champions.