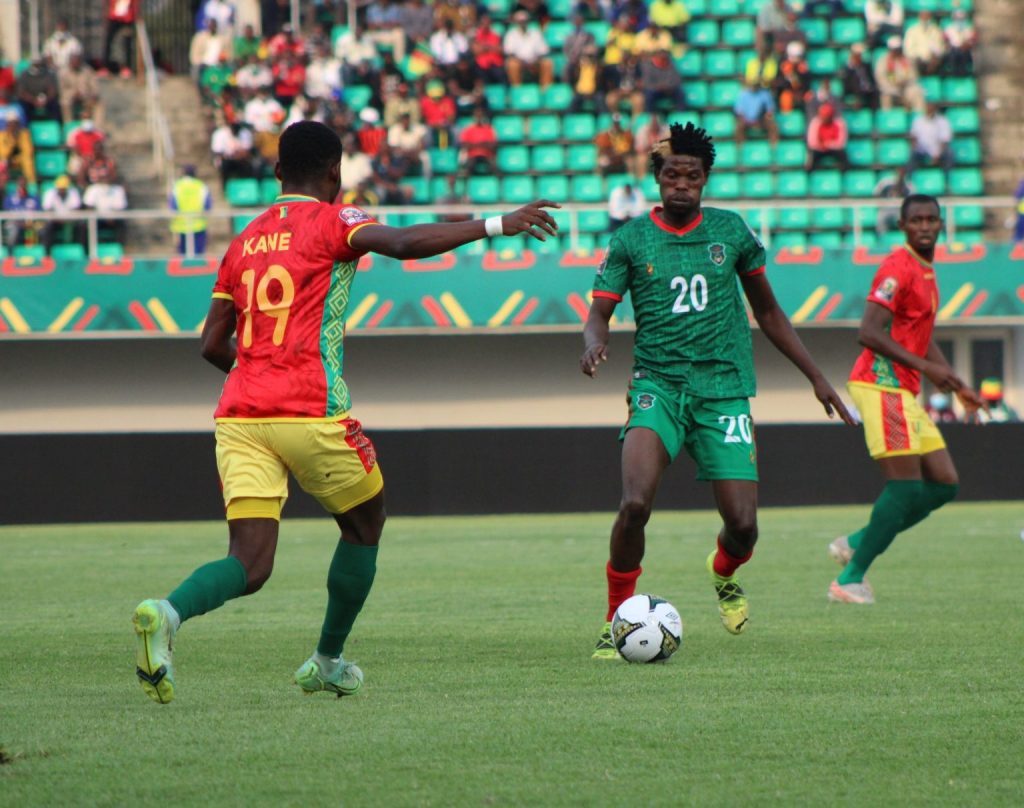 Guinea saw off misfiring Malawi’s Flames 1-0 to assume joint leadership of Group B of the Africa Cup of Nations (AFCON) finals on Monday evening in Cameroon.

Issiaga Sylla scored in the 36th minute for Guinea to lead the group on three points, at par with Senegal who also beat Zimbabwe by a similar margin earlier on Monday.

Malawi should have scored two goals inside the opening 16 minutes of the game after forward Yamikani Chester intercepted passes.

However, the spiky-haired Mighty Wanderers player sent a tame effort into Guinea goalkeeper Aly Keita’s palms then in similar fashion stumbled on his own and lost the ball just when he was about to shoot.

Guinea, who had been patient, responded with a goal constructed from nothing when captain Naiby Keita finally found his passing range.

The Liverpool man whipped the ball wide on the left where Jose Fote in return played it across the goal-mouth for Sylla to slide the ball past goalkeeper Ernest Kakhobwe at the near-post.

Malawi finished the second-half strongly as Peter Banda curling effort was tipped over by goalkeeper Aly Keita with three minutes to go.

Guinea too threatened to double their advantage but Malawi keeper Kakhobwe stood firm on his feet to produce a double save in a quick succession.

In the second-half, Malawi earned another glorious scoring opportunity but when a low ball came at the nearpost, Khuda Muyaba missed it while trying to flick it.

The ball rebounded into the path of Micium Mhone who ended up sending it over the bar when all he needed was placement in the 52nd minute.

Fransico Madinga also found space on the edge of the box but failed to just pick his spot and score. He blazed over.

That proved to be Malawi’s clear chance as they need meet Zimbabwe on January 14 before winding up against Senegal on January 18 whereas Senegal date Guinea.