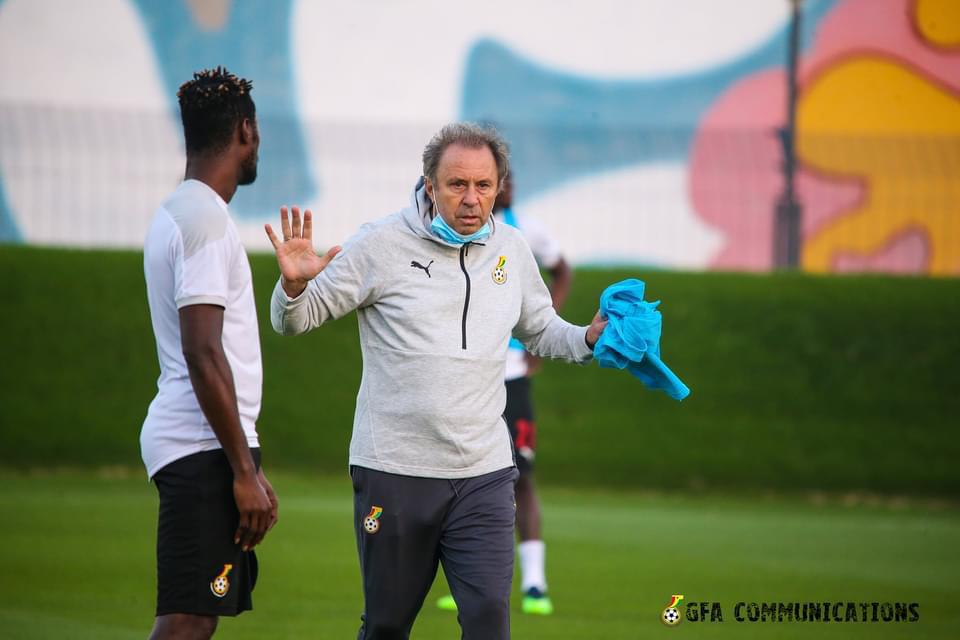 Ghana Black Stars head coach Milovan Rajevac could not hide his deception as his team failed to score against morocco who beat them in their AFCON 2021 opener.

The Black Stars had a lot of opportunities to win the game but they were not realistic in front.

Meanwhile, the Atlas Lions found the back of the net when they got the chance in the dying minutes of the game as Soufiane Boufal secured maximum points for the North African country.

After their defeat to Vahid Halilhodzic’s men, Ghana coach Rajevac regretted that they did not materialize their opportunities.

The Serbian gaffer further stated in process that they will bounce back next Friday against Gabon.

“It was a difficult game for us, on the pitch were two great teams of African football. Morocco scored on the first opportunity it had,” Milovan Rajevac said after the game.

“I take this opportunity to congratulate Morocco and my players on the commitment shown on the pitch. We still have two games to go and we will stay focused on them.

“It is true that we have created more scoring opportunities, but we have not been able to materialize that opportunity. We are unhappy in that respect.

“We hope to score goals and win the next two games. I will calmly analyze the goal shot conceded and see where the team lost control of the game. Right now, we will keep our focus on the match “, he concluded.