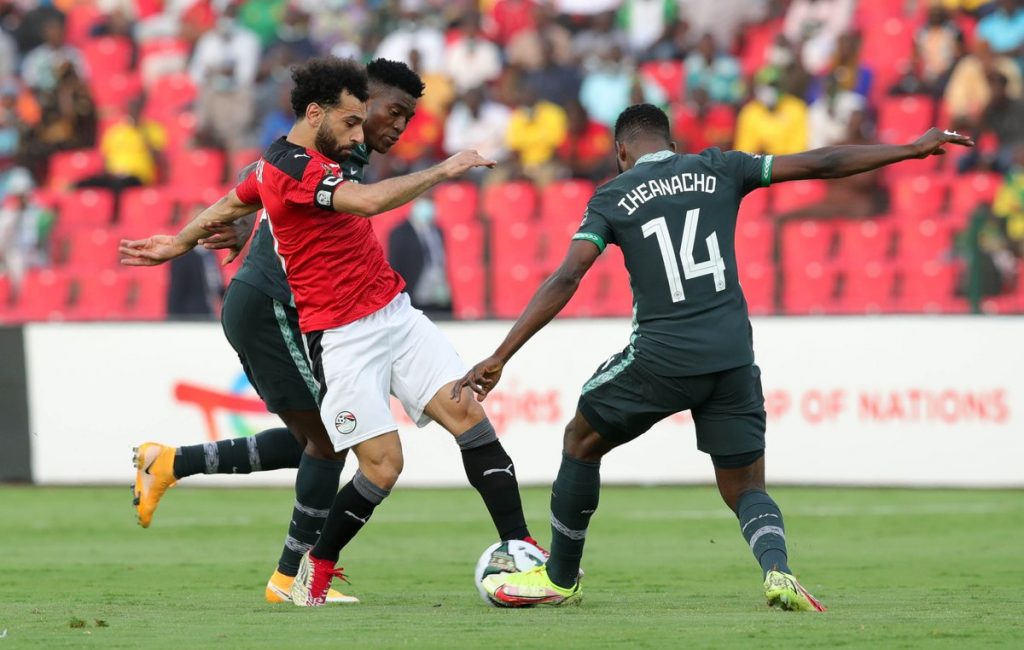 A meeting between Nigeria and Egypt is always a blockbuster and on Tuesday evening, this Africa Cup of Nations (AFCON) Group D game took a very Biblical dimension.

Striker Kelechi Iheanacho’s first-half strike handed Nigeria a 1-0 win over Egypt at the Roumde Adjia Stadium in Cameroon, but in actual fact, it was Moses  who tormented the Pharaohs.

Operating wide on the left-wing zipping up and down as if possessed, Simon Moses proved handful to the Egyptians, whose skipper Mohamed Salah looked isolated, misplaced and wasted in a more central attacking position.

As Moses dragged more defensive Pharaohs off position with his electric pace and trickery, Liverpool’s Pharaoh-in-chief Salah could hardly have a sniff of the ball.

Not that the Premier League leading scorer with 18 goals did not have some chances but they were speculative—far and few by his lofty standards.

In the end, it was Moses who authored the winning goal, wading through a red sea of markers on the left wing before making a cut-back which the Egyptians messed up.

A defender for Egypt jumped and only succeeded in heading the ball onto the path of Leicester City man Iheanacho, who swiveled to welcome a bouncing ball and in a single movement, arrowed the ball into the top right corner on the half-hour mark.

Standing bemused on the touchline, Egypt coach Carlos Queiroz played his cards, throwing onto the pitch fresh legs but the more the Pharaohs did this, the more the Nigerian Moses and his colleagues threatened to double the advantage.

In fact, Egypt ought to thank goalkeeper El Shenawy for minding his angle and stopping Ejuke from firing into the net at the near post.

In the end, Super Eagles interim manager Austine Eguavoen’s tactics of stretching the Egyptians with the pace of Moses proved a masterstroke. AFCON has now indeed started.