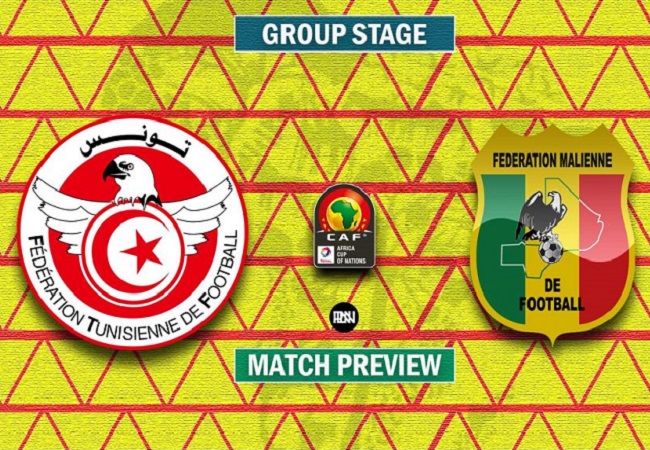 Tunisia are taking on Mali in a big “Eagles’” clash this Wednesday as Group F enter into play for 2022 Africa Cup of Nations (AFCON). The game will kick off  at 13:00 GMT at Limbe Omnisports stadium.

Both teams of Eagles will try to fly higher in order to clear ways of clinching the title.

This will be the second successive meeting between the Carthage Eagles and the Eagles of Mali after playing for 1-1 draw in Egypt 2019 edition.

Tunisia made it to their 15th consecutive AFCON finals, the longest streak between all participating teams. And they are eyeing their second title, eighteen years after doing that at home in 2004.

Having a team that includes both experience in the form of Youssef Msakni, Ali Maaloul, Wahbi Khazri and youngsters like Karim Rekik and Hannibal Mjebri, the Tunisians are eyeing something special this time round.

“It would be a hotly contested competition. It is very important to start the competition on a good note. We are playing against a good team in Mali. And we are going to give our best. We will stick to our game and surely we are eyeing the trophy.” SaidTunisia coach Mondher Kebaier ahead the meeting.

“It is an honor for us to represent 12 million Tunisians who all have the same dream. We will take it one game at a time. It’s about the team, not individuals.” Added Tunisia defender Montasser Talbi.

On the other, It was back in 1972, and in Cameroon that the Eagles of Mali soared higher. Mali’s best ever AFCON feat was when they reached the final fifty years ago in Cameroon before losing to Congo.

This time round, Coach Mohamed Magassouba’s men are seeking to repeat that feat at least. And why not to go a step further for what would be their first ever AFCON title.

For the purpose, Magassouba will look at the likes of Ibrahima Kone, Diadié Samassékou and Adama Noss Traoré who excelled with the youth ranks of the Eagles.

“We are the youngest team in the competition. A team full of enthusiasm that will do everything to shine in this competition. Mali is a team with strong ambitions. And our target is to lift the cup on February 6th. We will play against an experienced Tunisian team, which has strong ambitions. So we will be very careful.“ Mali coach Mohamed Magassouba said.

“We are enthusiastic and ready to play against Tunisia. We are not going to underestimate or overestimate them, we are humble and modest but we want to win this competition and offer it to our people who have suffered so much. Tunisia is a very tactical, very compact team. But it is up to us to be patient and surprise them.” Added Mali captain Hamari Traoré.

Neighbors Mauritania and Gambia will play the other Group F game at the same venue in Limbe with a kick-off 16:00 GMT.