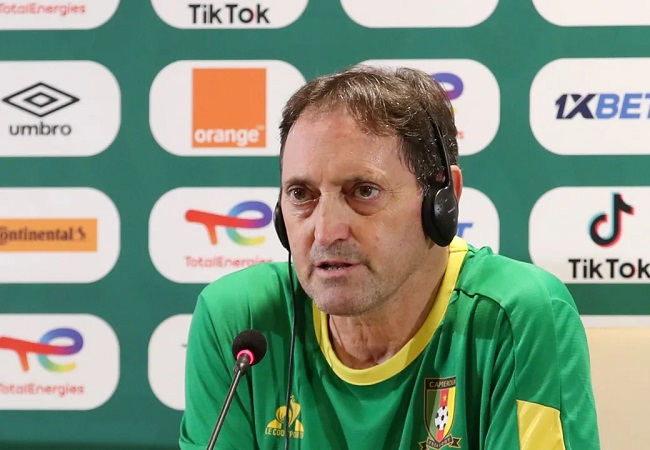 The second game in the group stage of the 2022 Africa Cup of Nations (AFCON) takes place Thursday. The Indomitable Lions will aim the three points to qualify for the next round when Cameroon face Ethiopia. The game will kick off at 16:00 GMT at the Olimbe Stadium in Yaounde.

Vincent Aboubacar and his teammates, winners against Burkina Faso (2-1) in the previous match, will be happy to continue their momentum to secure a place in the round of 16.

Antonio Conceiçao, Indomitable Lions coach will count on an already established squad for a match which promises to be within his reach against an Ethiopian team which returns to AFCON after missing the last three editions (2015, 2017 and 2019).

“We prepared our match in the best conditions and with the same determination as the first match played and won against Burkina Faso. All the players are ready for Thursday’s meeting.” Said Cameroon’s coach Antonio Conceiçao in the pre-match press conference.

On the Ethiopian side, Tamene’s teammates only think about forgetting the stinging defeat last Sunday against Cape Verde (1-0) to maintain their chances to qualify for the next round of the tournament.

Winners of the 1962 edition, the Walya will play this game with an offensive tactical scheme to unlock the game from the start.

For Ethiopia’s coach Wubetu Abate, Thursday’s game will be decisive. “We will play our chances to the end, especially as we will face a great team from Cameroon. We are proud to represent our country in this tournament and that boosts us even more. We will play against the host country, in front of their home crowd. He is a strong opponent but we will do our best to have a good game.” Said Abate.

The other game of group A will oppose Burkina Faso to Cape Verde at the same venue at 19:00 GMT