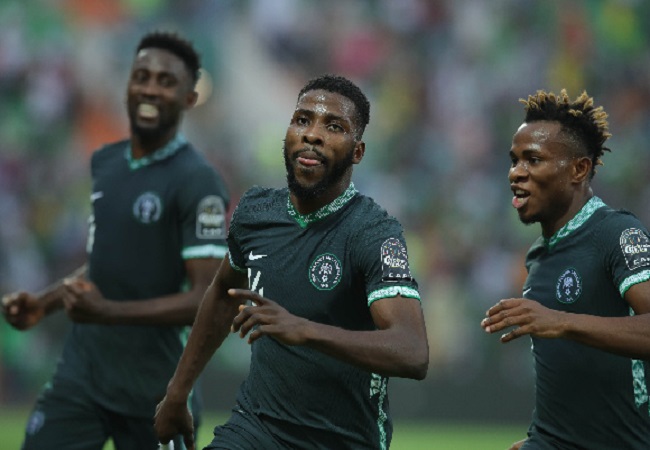 Nigeria interim head coach Augustine Eguavoen share how the Super Eagles lined up in their 1-0 win over Egypt on Tuesday evening, revealing that it was the players themselves that decided on the 4-2-3-1 system.

Former Nigeria manager Gernot Rohr is an advocate of the 4-2-3-1 system because of his close ties to Bayern Munich. But the German was desperate in the 2022 World Cup qualifiers, using a 3-5-2 instead in the national team’s last three matches in the group.

It was a really strong performance by the Super Eagles in the win versus the Pharaohs, definitely the best from a team in the first round of matches at the Africa Cup of Nations. And it was more impressive as they did it without some of their top stars including Odion Ighalo, Victor Osimhen and Leon Balogun.

The Super Eagles’ main game plan was to take Mohamed Salah out of the game, double-teaming the Liverpool superstar, with an extra defender ready to mop up the danger.

“It is still the same personnel. But I think what we did was I brought the boys together and asked them he formation they are comfortable with. Because we want to be flexible.” Eguavoen told NFF TV when asked on the formation deployed versus Egypt.

“I wanted to change. But they said this is what we’ve been used to for the past few years. So I took it and went to work on it so I improved them on that formation.” Continued the interim coach.

Nigeria can qualify for the knockout round of the 2022 Africa Cup of Nations with a win against Sudan in their next Group D fixture this coming Saturday.