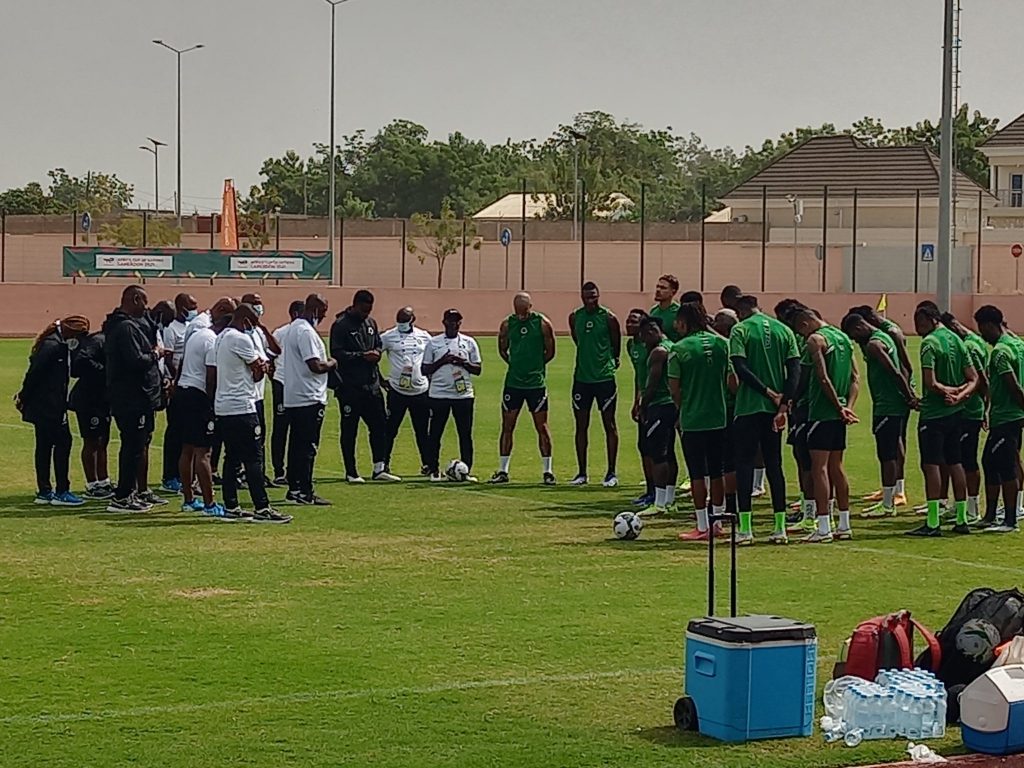 Super Eagles defender Kenneth Omeruo has returned to training on Thursday ahead the Group D second game against Sudan on Saturday.

Omeruo picked up an injury and was substituted in the Super Eagles 1-0 against Egypt in the group opening game.

During Wednesday training, he trained alone which cast a doubt on his availability for Saturday’s game.

Austine Eguavoen was delighted to see the 28-year-old partake in Thursday’s training session and will be available for selection Falcons of Jediane.

In Thursday training, Eguavoen splitted the players into two teams as they intensify preparation for their second group game.

A win will see Nigeria through to the knockout stage of the 33rd Africa Cup of Nations in Cameroon.