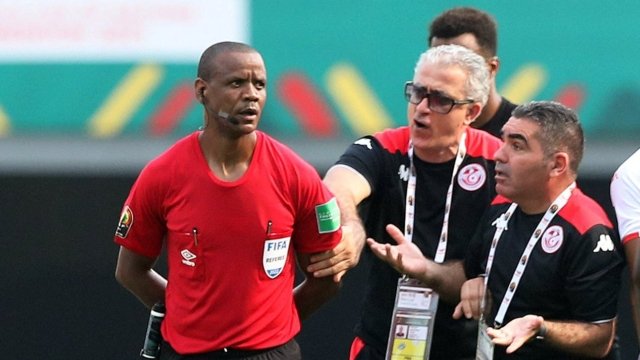 The Confederation of Africa Football CAF has dismissed the protest lodged by the Tunisian Football Federation for the game against Mali to be replayed.

The Tunisian Football Federation had appealed to CAF that the game be replayed after it was marred by the referee who stopped the game twice before regulation time.

Read Also:Tunisia Launch Appeal For AFCON Clash Against Mali To Be Replayed

That was despite lengthy VAR checks for Kone’s penalty and a Tunisia spotkick that Wahbi Khazri missed, which were expected to see added time added on at the end of the game.

A statement released by CAF reads;

“The Organising Committee of the TotalEnergies Africa Cup of Nations Cameroon 2021 met today to deliberate on the match between Tunisia and Mali played yesterday, 12 January 2022.

“After examining the protest of Tunisia and all the match officials report, the Organising Committee decided the following:

To dismiss the protest lodged by the Tunisian team.

To homologate the match result as 1-0 in favour of Mali.

Tunisia will now focus on their second group game against Mauritania on Sunday.