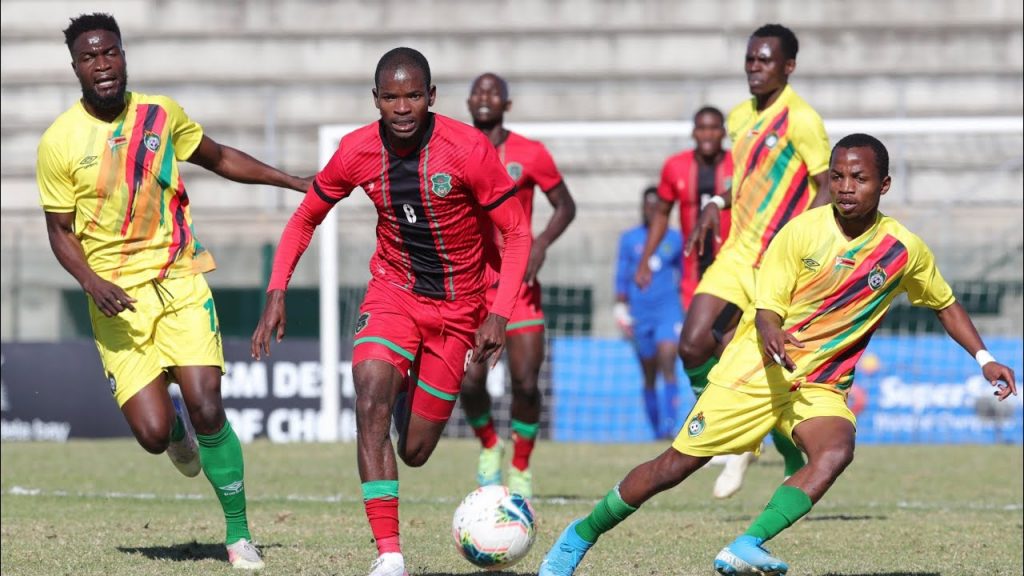 Fired up striker Gabadinho Mhango scored a goal in each half as Malawi’s Flames came from behind to singe Zimbabwe 2-1 in a Group B match of the Africa Cup of Nations (AFCON) finals on Friday evening in Cameroon.

With the win, Malawi moved off the foot of the table to third place with three points, one behind leaders Senegal and second-placed Guinea who settled for a barren draw in an earlier match for the group.

The Flames did not have the best of starts to the game, but once they found their rhythm and spark, they were unstoppable like wild flames.

Zimbabwe’s wounded Warriors, after sustained  pressure on Malawi goal, finally went ahead with striker Ishmael Wadi heading them in front from right-back Onismor Bhasera’s cross in the 36th minute.

Wadi timed his header to perfection from range with the dipping ball beating goalkeeper Ernest Kakhobwe who had moved off his line.

The game seemed to be spinning out of control for Malawi after captain Limbikani Mzava limped off injured for Lawrence Chaziya.

However, the Flames weathered the storm as Mhango equalised after meeting a cross from left winger Fransisco to slide past Zimbabwe goalkeeper Petros Mhari with two minutes to break.

The Flames started the second half on the front with Georgia-based Madinga’s curling effort hitting the frame of the top right corner.

Malawi finally earned rewards for their effort when striker Khuda Muyaba, who had been visibly complaining of poor service, dropped to the wide area to control a ball then laid it onto the path of Mhango.

That proved the last goal of the game as Malawi defended their lead while Warriors searched for the winner in vain.

Malawi next date Senegal on January 18 while Guinea face Zimbabwe in the final match for the group.