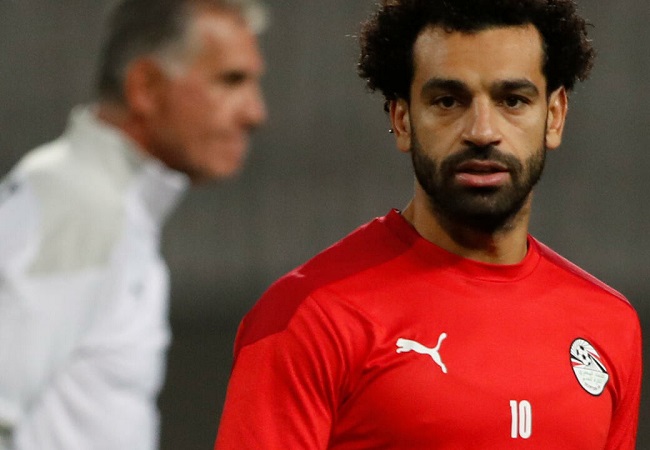 Egypt and Mohamed Salah failed to impress during their 0-1 defeat to Nigeria in their opening match on Tuesday, although they are still favourites to progress to the next round. And undoubtedly, Salah and the Pharaohs will be under pressure in front of Guinea-Bissau during their second group match of the Africa Cup of Nations (AFCON) on Saturday at Stade Omnisport Roumde with a kick-off at 19:00 GMT.

Egypt, who are the most decorated nation on the continent with a record seven title wins, risk an early exit from the tournament should they suffer defeat on Saturday as the Pharaohs are currently rock-bottom in Group D after their opening-day defeat at the hands of Nigeria. And they will take the game as a must-win as more dropped points will be a huge blow to their qualification hopes.

Showing a frustrated face, the Liverpool star drifted into deeper positions away from his usual territory. And together with his teammates, they need to show a better display if they are to get a positive result against Guinea-Bissau.

Salah was then criticised on social media following that defeat as he could not repeat his heroics he showed at Liverpool. He was dealt brilliantly by the Nigeria defense, who frustrated him the whole match.

Adding to his frustration on that evening, the 29-year-old only had one shot on target. And he will need to be better on Saturday if Egypt are to have any chance of winning the match.

A defeat or a draw could see them on the verge of elimination from the competition with a match to spare against Sudan next week.

Guinea-Bissau played to a goalless draw with Sudan in their opening match on Tuesday. And they will feel they have a chance of upsetting Egypt.

They missed a penalty which cost them crucial points against Sudan and will look to pile more misery on Egypt.

With both teams needing a win, it promises to be an exciting affair.