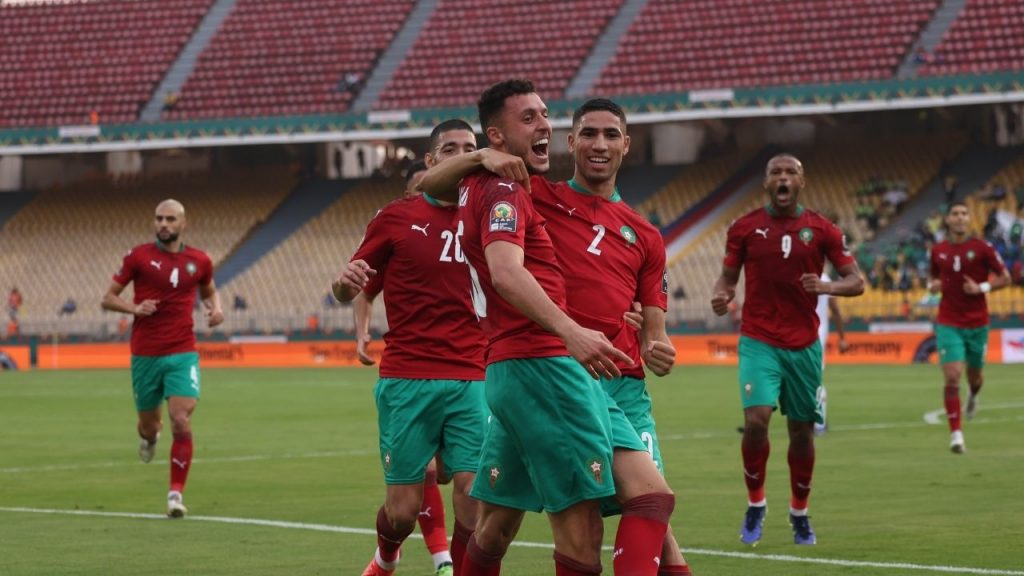 Morocco are the second nation to book their place for AFCON 2021 round of 16 after Cameroon following their 2-0 win over Comoros this afternoon at Ahmadou Ahidjo Stadium.

The Atlas lions have reached their first objective for this 33rd Africa Cup of nations which was to qualify to the knockout stage.

With the return of several players including Ayoub El Kabi, the Moroccan team was strengthened going into the game.

And Vahid Halilhodzic’s choices paid off as his side claimed all three points with Selim Amallah being the scorer in the 16th minute.

Comoros did their best to come back in the game and equalize but they failed to do so and conceded their second loss in the competition.

Amir Abdou’s men are knocked out from tonight as they conceded another goal in the dying minutes of the game (89th) as Zakaria Abouklhal comforted his side’s lead.

In addition, Morocco will now make sure they finished on top of their group (C) when they take on Pierre Emerick Aubameyang’s Gabon on matchday 3 next Tuesday.