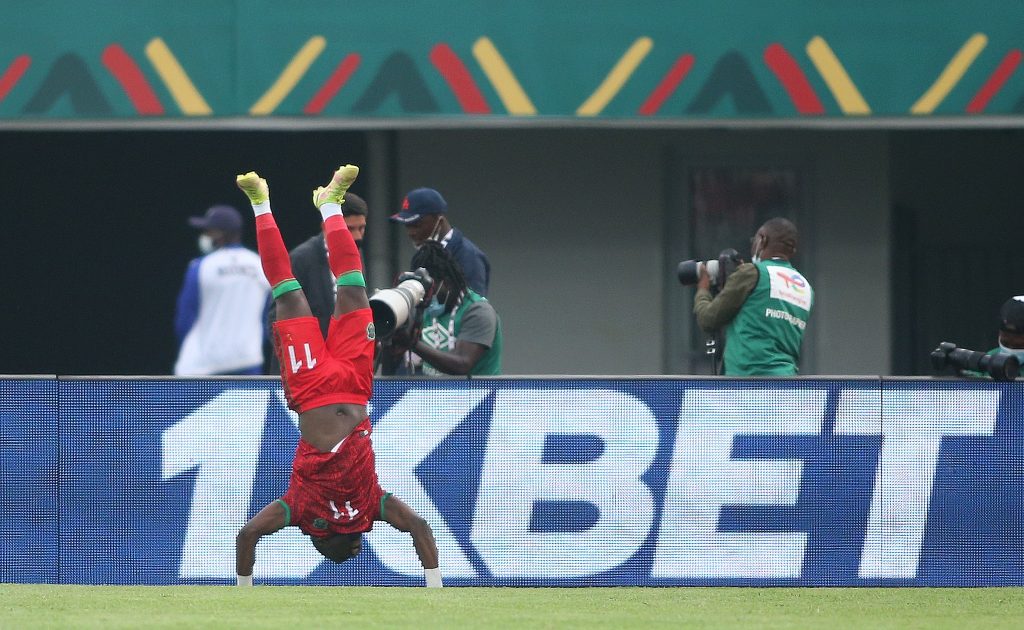 The Orlando Pirates striker has joined Russel Mwafulirwa, former South Africa’s Ajax Cape Town and Jomo Cosmos forward, who held the record for the most two goals at the AFCON finals for the Flames.

Mwafulirwa, then playing club football for Swedish side IFK Norrokoping, scored twice in the 3-0 win over Algeria and 3-1 loss to Mali at the 2010 AFCON finals held in Angola.

Mhango is also the only Malawian footballer to have scored a double in a game at the AFCON finals.

Overall, the Pirates forward has taken his tally to 14 career goals 56 games in the national team colours.

Mwafulirwa and Mhango are among only six players to have ever scored for Malawi at the AFCON finals alongside Elvis Kafoteka, Dave Banda and Clifton Msiya.

The late Harry Waya, then playing Bata Bullets FC, scored Malawi’s first ever goal at AFCON in the 2-2 draw with Nigeria at the 1984 edition held in Cote d’ Ivoire.

In the game against Nigeria, Berec Power Pack FC’s Msiya added the second goal, which became the tournament’s best goal.