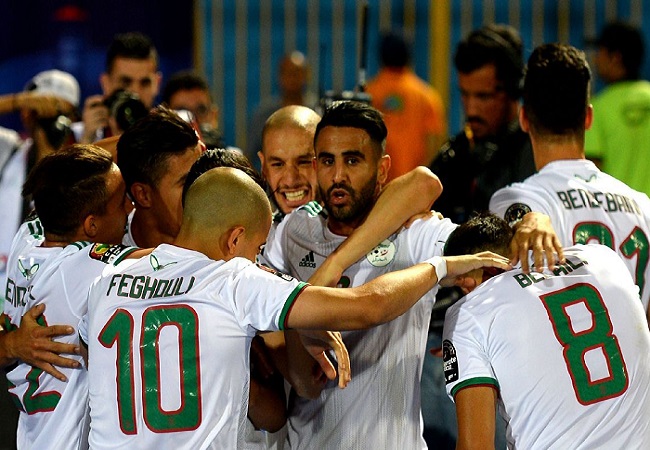 African defending champoins Algeria recorded frustrating draw with Sierra Leone in their opening game. Algeria will be looking to spark their Africa Cup of Nations campaign into life against Equatorial Guinea this night in Douala At Japoma stadium in a game to kick off at 19:00GMT.

The reigning AFCON champions are among the favourites to defend their crowd in Cameroon. But Riyad Mahrez and his team were held to a 0-0 draw by Sierra Leone first up.

That result did see Algeria extend their unbeaten streak to 35 games, which is within two games of the world record held by Italy.

They will be in search of three points this time around. But they could be in for another tricky assignment at the Japoma Stadium in Douala.

Equatorial Guinea were beaten 1-0 by Ivory Coast in their opening game but. They showed enough to suggest Algeria could be in for another tricky assignment.