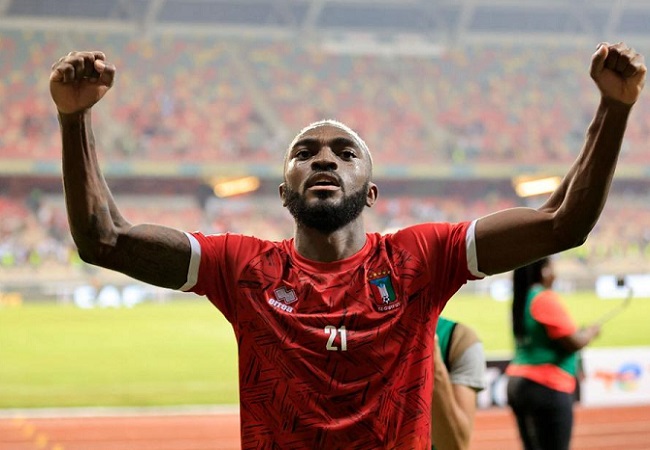 Esteban Obono’s back post finish on 70 minutes proved the only goal of the game as the side ranked 114th in the world became the first side to beat Algeria since Benin did so back in October 2018. The run ending two short of Italy’s world record 37 games without loss.

The result leaves the holders rock bottom of Group E on just one point, having been held to a goalless draw by Sierra Leone in their opening fixture.

They must now beat Ivory Coast – who are top on four points – in their final game to keep alive their hopes of retaining the trophy they won in Egypt three years ago.

Algeria thought they had taken the lead midway through a scrappy first half when Baghdad Bounedjah tapped in the rebound after Riyad Mahrez’s header had been saved. But the flag was raised against the Manchester City winger.

Twenty minutes from full-time, the underdogs took the lead as Algeria failed to deal with a near-post flick on and Obono reacted fastest at the far post to slide home.

Belaili thought he had at least found the leveller that would’ve preserved the unbeaten streak. But his superb strike was also chalked off by the linesman’s flag.