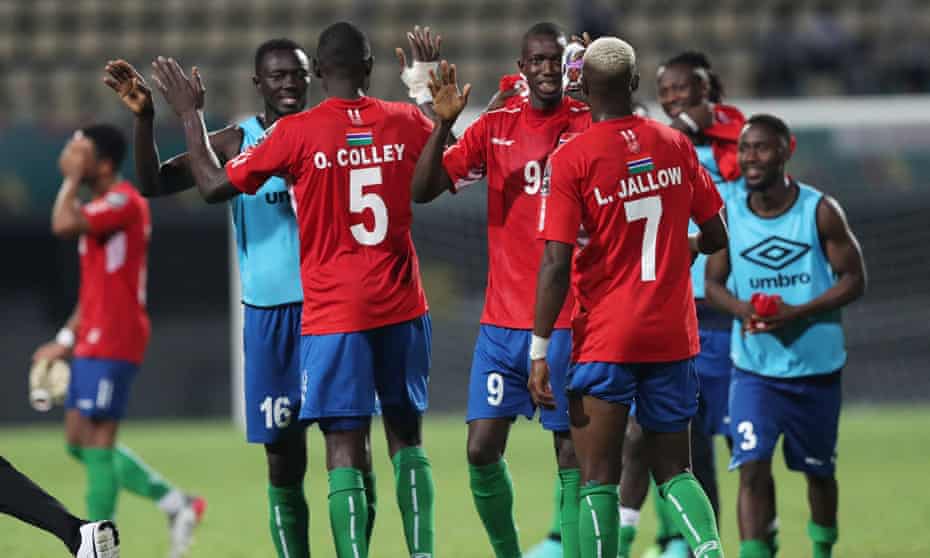 The Gambia put up an impressive performance as they shared the spoils against Mali in their second Group F game of the Africa Cup of Nations Cameroon 2021.

Gambia headed to the game on the back of their opening game against Mauritania as well as Mali who defeated Tunisia.

The Eagles started brightly at the Limbé Omnisports Stadium playing through the wide areas profiting from Moussa Djenepo and Adama Traore’s speed.

The Gambia gradually settled in the game as they looked more dangerous on the counter.

They twice hit the Malian post from set piece through Ablie Jallow and Musa Barrow while goalkeeper Modou Jobe pulled a great save to deny Mali’s Adama Traore.

However, it was Mali who scored first through

Kone gave the Eagles the lead from a penalty 15 minutes from time after Ebou Adams was adjudged to have fouled a Malian attacker.

The Scorpion despite trailing continued to grow in confidence pressing for the equalizer.

Gambian substitute, Ebrima Colley pass was handled inside Mali penalty area as the referee pointed to the spot.

The two sides canceled each other and at the end they settled for a point each. Both Mali and The Gambia are on four points with a game to spare.