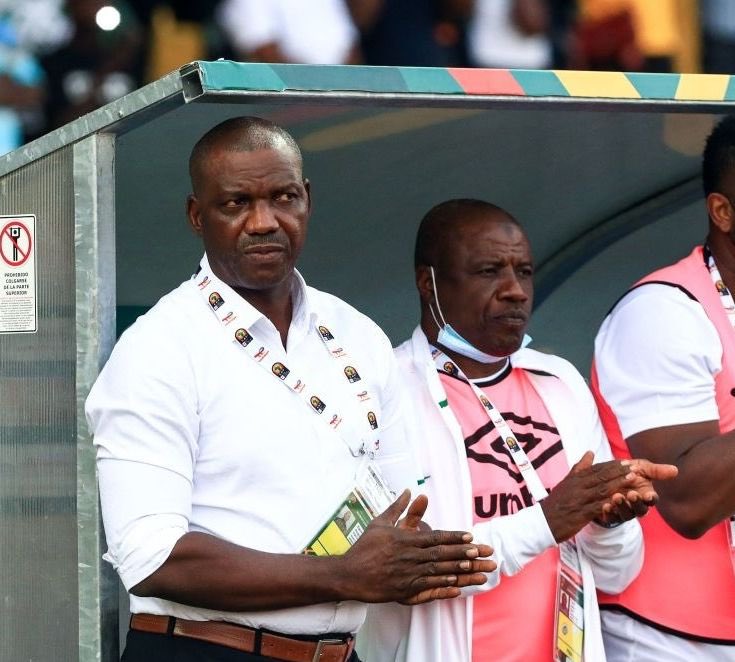 Super Eagles interim manager Austin Eguavoen has called for more support for the team ahead of their last Group D game against Guinea-Bissau.

Nigeria has qualified to the Round of 16 of the ongoing Africa Cup of Nations following a 3-1 win against Sudan in their second group game last week.

Eguavoen who will step down as the Super Eagles coach after the AFCON 2021 in Cameroon qualified the team to the last 16.

Read Also:Super Eagles Through To Round Of 16 After Victory Over Sudan

The former Super defender who was appointed to takeover from Gernot Rohr took to his Twitter to solicit for more support.

“As we prepare for the Next round of games, We need your support now, more than ever, he wrote.

As we prepare for the Next round of games, We need your support now, more than ever. 🇳🇬🦅 pic.twitter.com/69ZXma7vJ3

The Super Eagles continued preparation for their last Group D game as they trained in Garoua on Sunday.