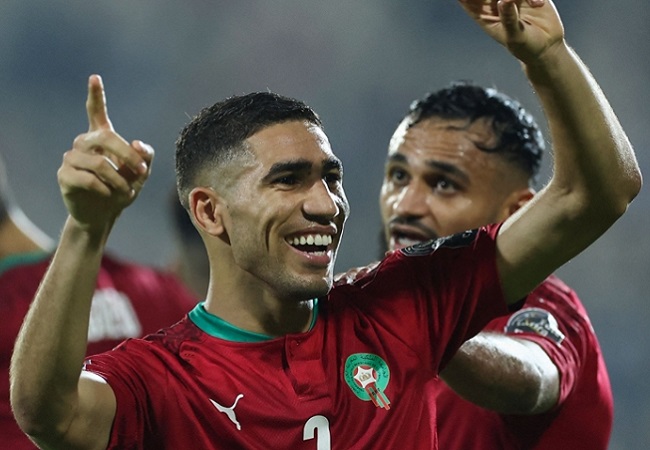 Morocco twice came from behind to draw 2-2 with Gabon in Yaounde on Tuesday night. The Atlas Lions finished top of Group C at the Africa Cup of Nations in Cameroon.

Achraf Hakimi hit a stunning free kick six minutes from the end to save Morocco from defeat against Gabon who had eight players ruled out due to COVID-19 infections, including talisman Pierre-Emerick Aubameyang.

Jim Allevinah’s goal put Gabon ahead at halftime. But Sofiane Boufal equalised with a 75th-minute penalty, only for Aaron Boupendza to put Gabon back in front in the last 10 minutes.

Morocco finished with seven points, two ahead of second-placed Gabon.

Also Read : GHANA KNOCKED OUT OF AFCON 2021 AFTER SURPRISING LOSS TO COMOROS

In the other game, Ghana are knocked out of the competition as the Black Stars finished bottom of Group C with 01 point after defeat to Comoros 3-2.