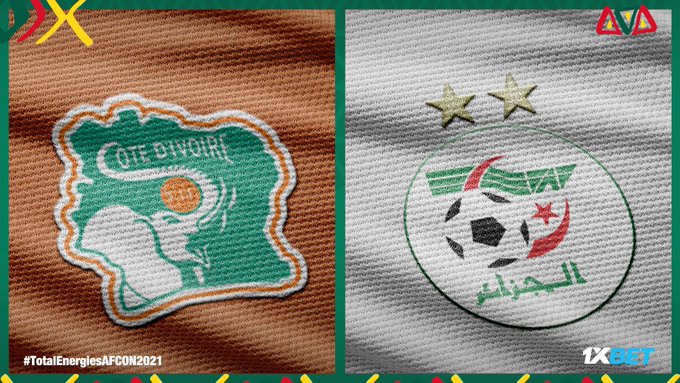 Africa Cup of Nations defending champion, Algeria faces a Herculean task to retain the title when they face off against Ivory Coast in the last Group E game today.

The Dessert Foxes who have been tipped to go far in the AFCON having won the FIFA Arab Cup found themselves in a dicey situation to qualify for the Round of 16 having failed to win any game.

Djamel Belmadi’s team led by Manchester City winger Riyad Mahrez and other stars in the team must win against Ivory Coast who currently top the group today when both side files out at the Japoma Stadium, Douala.

All the teams in Group E have a chance of reaching the knockout stage depending on the outcome of today’s game.

A goalless draw with Sierra Leone was followed by a heartbreaking 1-0 defeat to Equatorial Guinea, making it a “win or die” situation for Les Fennecs against Cote d’Ivoire.

Meanwhile Les Elephants need a point to secure their place in the Round of 16.

Cote d’Ivoire lead the group with four points, one more than Equatorial Guinea. Sierra Leone (2 points) and Algeria (one) follow in that order.