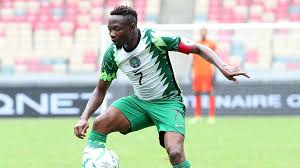 Super Eagles captain Ahmed Musa put a smile on the faces of Muslims in Garoua, Cameroon as he donated $1,500 to support the building of the Central Mosque on Friday.

Musa and other Muslim players and officials in the Super Eagles team, have been worshipping at the Garoua Central Mosque.

According to reports, Musa after Friday Jummat worship decided to assist in the building project which was his latest philanthropic endeavours.

Musa is yet to feature in Super Eagles games in the ongoing Africa Cup of Nations in Cameroon.

The Super Eagles will take on the Carthage Eagles of Tunisia in their second round game at the Roumde Adjia Stadium, Garoua on Sunday night.