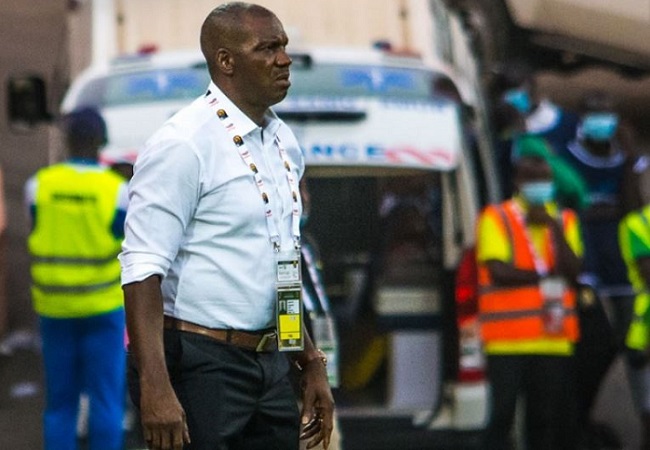 The Confederation of African Football (CAF) has named Nigeria’s Augustine Eguavoen the winner of the group stage best manager award following his remarkable exploits at the 2022 Africa Cup of Nations.

Appointed as interim coach in replacement of Gernot Rohr on the eve of the tournament, the 56-year-old has made the most impression in Cameroon.

It is turning out to be an incredible Afcon story for Eguavoen, who was only appointed to replace long-time Super Eagles manager on December 12, less than a month to the kick-off of the 33rd edition of the championship.

And with things looking even more gloomy for the West Africans following the withdrawal of and injuries to several key players, not many gave Eguavoen’s Eagles that much chance to soar in Cameroon.

And despite winning the Nations Cup as a player in 1994 and claiming the bronze medal as the head coach in 2006, Eguavoen was an unpopular choice as Gernot Rohr’s replacement.

But the Sapele-born coach somehow managed to turn a boring, laid-back Super Eagles into a defensively well-organised and relentlessly attacking machine in a couple of weeks.

The 2013 Afcon kings have made a flying start to the competition, turning many of their worst critics into die-hard fans.

The three-time continental champions soared into the knockout stages, winning all three of their group games.

Victory over Egypt on matchday one was followed by convincing defeats of Sudan and Guinea-Bissau to leave Eguavoen as the only manager who led his team to three wins at the group stages.

Also Read :  IT WILL BE A DIFFERENT BALL GAME AGAINST TUNISIA- EGUAVOEN

Now installed as one of the tournament favourites, the Super Eagles will, in their Round of 16 contest, face Tunisia, who lost two of their opening group games.