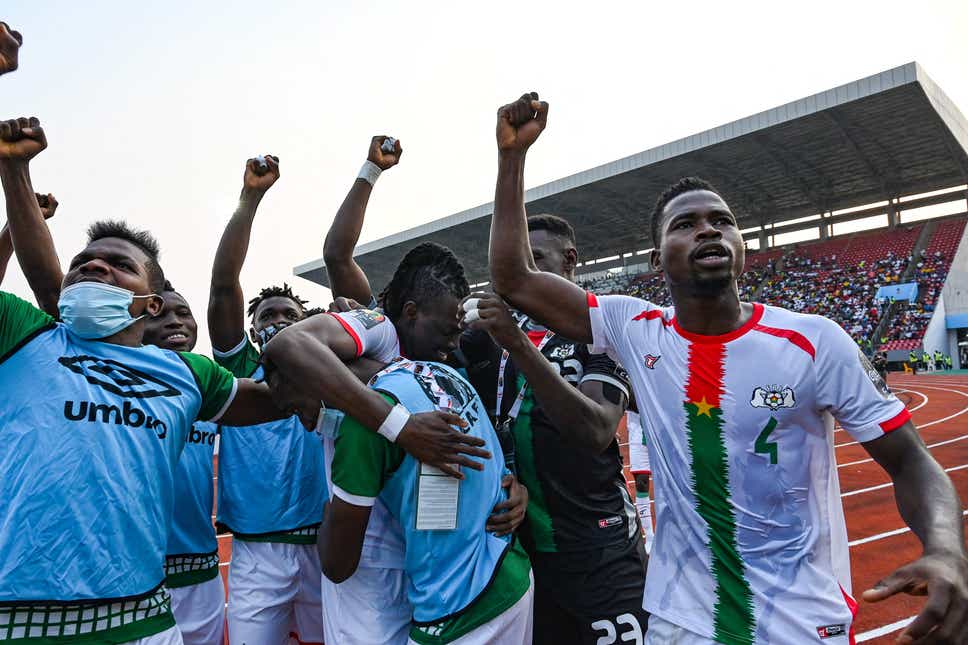 Wasteful Burkina Faso needed extra-time then post-match penalties in a drama-laden Round-of-16 contest to beat 10-man Gabon 7-6 and sail through to the Africa Cup of Nations (AFCON) quarterfinals on Sunday night in Cameroon.

The Stallions had some five clear-cut chances at Limbe Stadium in the game that ended 1-1 in regulation time with Aston Villa winger Bertrand Traore among the culprits after he fluffed a penalty kick, which Burkina Faso earned in the first half.

A player for Gabon had fouled his counterpart but the Aston Villa man, with Gabon keeper Jean Amonome diving the wrong way, thumped his effort against the bar in the 16th minute from the penalty spot.

Traore made amends in the 28th minute when he timed his run to meet a delicate straight through ball after Burkina Faso had intercepted a Gabon ball to launch a counterattack.

Traore, visibly, relieved jumped past the advertising boards to celebrate while thumping his chest.

Minutes later, Gabon nearly equalised through a long-range effort, which caught Burkina Faso keeper Koukou Koffi unawares he ended up dropped the ball at the goalmouth before recollecting it.

With three minutes left to halftime, Gabon’s Aaron Boupendeza received a long ball, turned his marker inside-out and put the ball into the net, but his effort was ruled out for offside.

Burkina Faso led 1-0 at break even though the scoreline could have been different had Traore and company not wasted more chances due to being overelaborate on the ball.

In the second-half, the evening went from bad to worse for Gabon after Sydney Obissa was shown a red card for committing a second bookable offence.

Nonetheless, Gabon ignored their numerical disadvantage as Bruno Manga equalized with a thumping header at the back-post three minutes into added time to drag the game into extra-time.

In extra-time, Burkina Faso thought they had snatched a late winner but Edmond Tapsoboa’s effort was ruled out for offside. The two teams could not be separated.

Soon post-match penalties followed and after several hits and misses from both teams, Burkina Faso got over the line with the decisive last spot kick from Ismahila Ouédraogo after Gabon’s Yannis N’Gakoutou had fluffed his penalty.