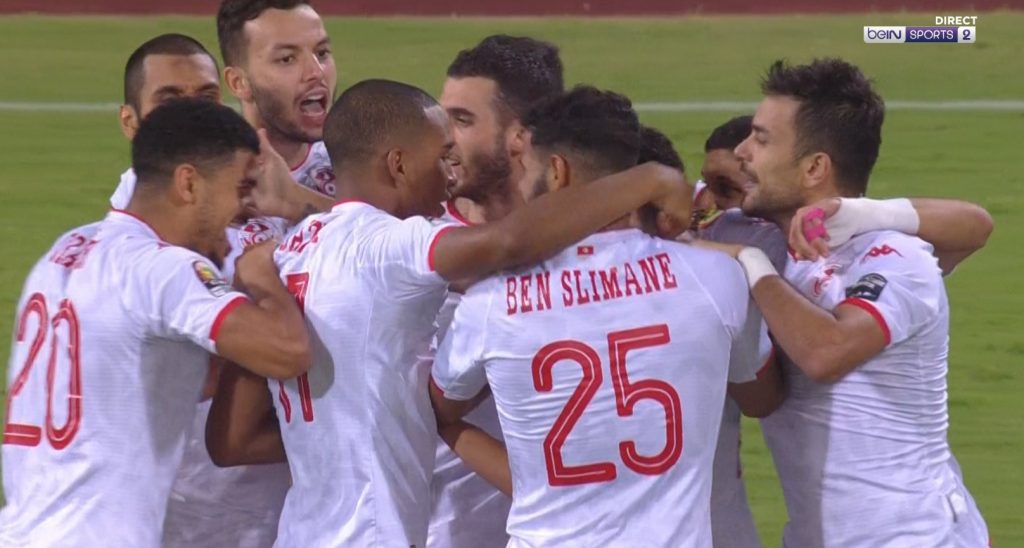 Super Eagles journey in the 2021 Africa Cup of Nations has ended after they lost 1-0 to the Carthage Eagles of Tunisia ta the Roumde Adjia Stadium in Garoua.

It was a cagey game for both side in the first half as both side canceled each other attacks but the Super Eagles proving more dangerous.

Tunisia got the lone goal in the 47th minute as Maduka Okoye failed to deal with Yousseuf Msakni outside box shot.

However, Nigeria were reduced to 10 men after the referee gave Iwobi a red card for a rough tackle.

The referee had handed a yellow card to Iwobi but after reviewing the incident on VAR, changed it to a red card.

Despite playing with a one man down, the Super Eagles did not budged as they kept on pushing for the equalizer.

Wilfred Ndidi almost got the leveller but his shot was miscued.

Substitute, Sadiq thought he had levelled as his touch beat Tunisia goalkeeper, Ben Said, only for the ball to slowly missed entering the net.

Despite all efforts to take the game to extra time, Tunisia remained resolute ad they advanced to the quarter final despite coming to the round of 16 as one of the best losers.
The Carthage Eagles will now take on Burkina Faso in the Quarter final.