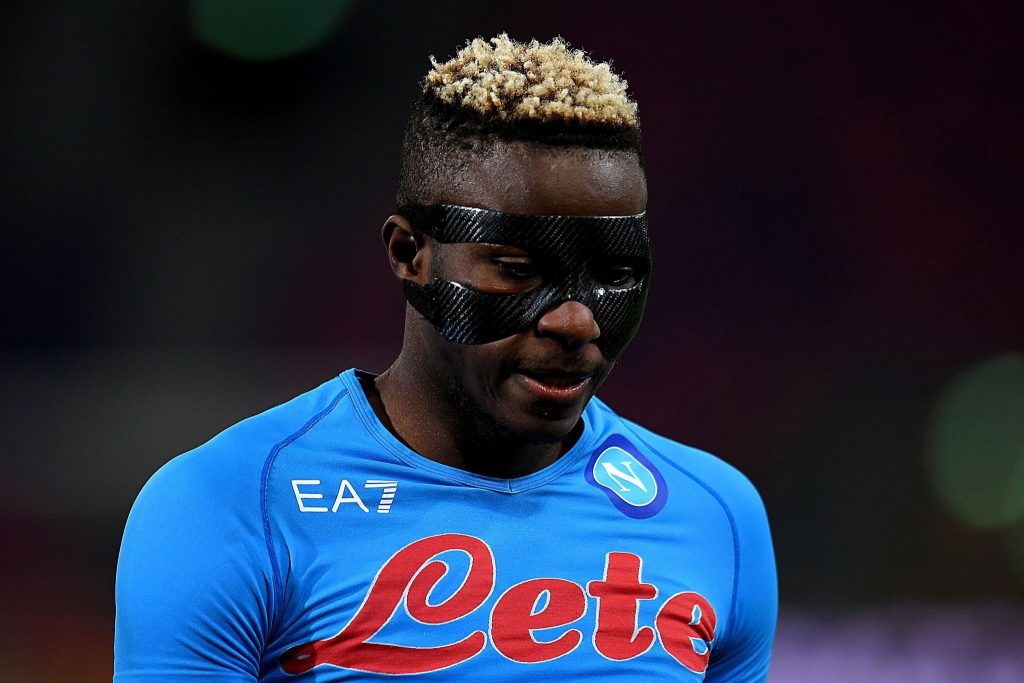 Victor Osimhen was involved in action as Napoli closed up the gap on Inter Milan following a 4-1 victory against Salernitana at the Stadio Diego Armando Maradona.

Osimhen came in as a substitute in the 64th minute for Dries Mertens as he continue to gain more game time after recovering from injury.

It was a comfortable way for the Parnatopei to wrap up the weekend claiming a vital home win against their fellow Campania side.

Juan Jesus put Napoli areas in the 17th minute before Federico Bonazzoli leveled for the visitors in the 33rd minute.

Mertens restored Napoli’s lead from the spot in added minutes of the first half.

Amir Rrahmani then made it 3-1 two minutes into the second half.

Salernitana were reduced to ten men in the 51st minute after Frederic Veseli was sent off after he received a second yellow card for handling the ball inside the box.

A penalty was awarded after VAR check and Lorenzo Insigne scored from the resultant penalty to make it 4-1 and out the game beyond reach for the visitors.

Napoli now have 49 points from 23 games in the Serie A.