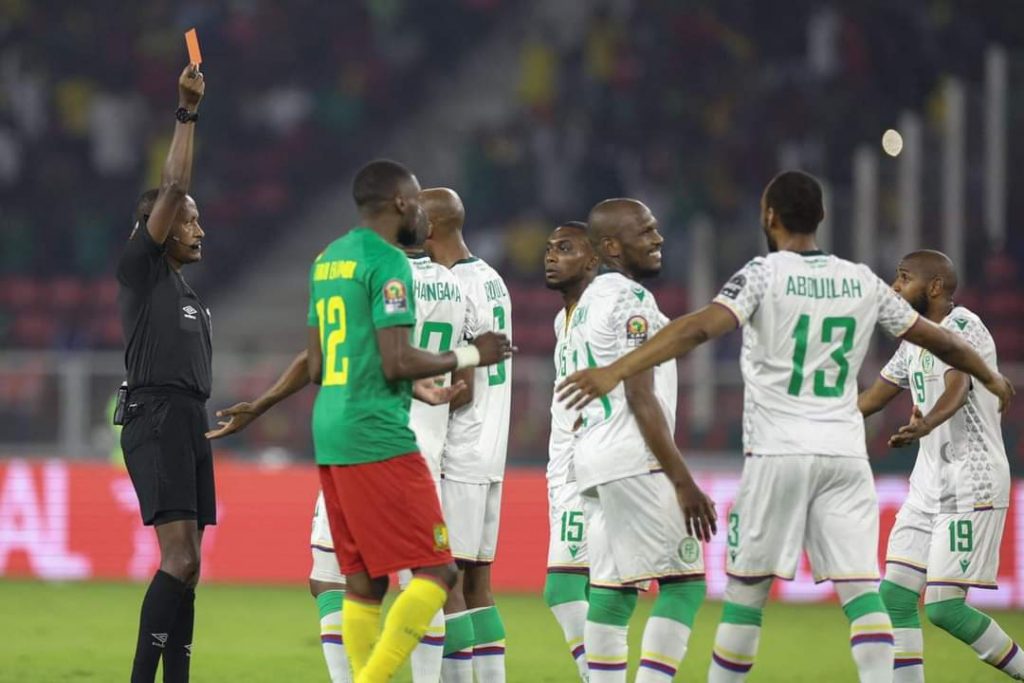 2021 Africa Cup of nations (AFCON) host country Cameroon had to struggle before knocking out 10-man Comoros (2-1) tonight in the quarterfinals at Olembe Stadium with their opponents having a left-back (Chaker Alhadhur) in the sticks.

The game was really particular as Confederation of African football (CAF) changed its rules amid the tournament which prevented Ali Ahamada (goalkeeper) from playing against the Indomitable Lions although he was negative to Covid-19.

And not more than seven minutes in the game, another event rose a mountain of criticism as Jimy Abdou was shown a red card which many found too harsh.

Cameroon will finally opened the scoring in the 29th minute thanks to Karl Toko Ekambi. Their second goal came 20 minutes prior to the full-time with the scorer being Cameron’s hitman Vincent Aboubakar, his 6th goal in the competition.

Against all odds, valiant Comorians reduced the scoreline with an absolutely wonderful direct free-kick from Youssouf M’Changam (81′).

Cameroon won the game by 2-1 and will take on Gambia in quarterfinals but Comoros can go back home with their head held high as they gave it all in this AFCON 2021.