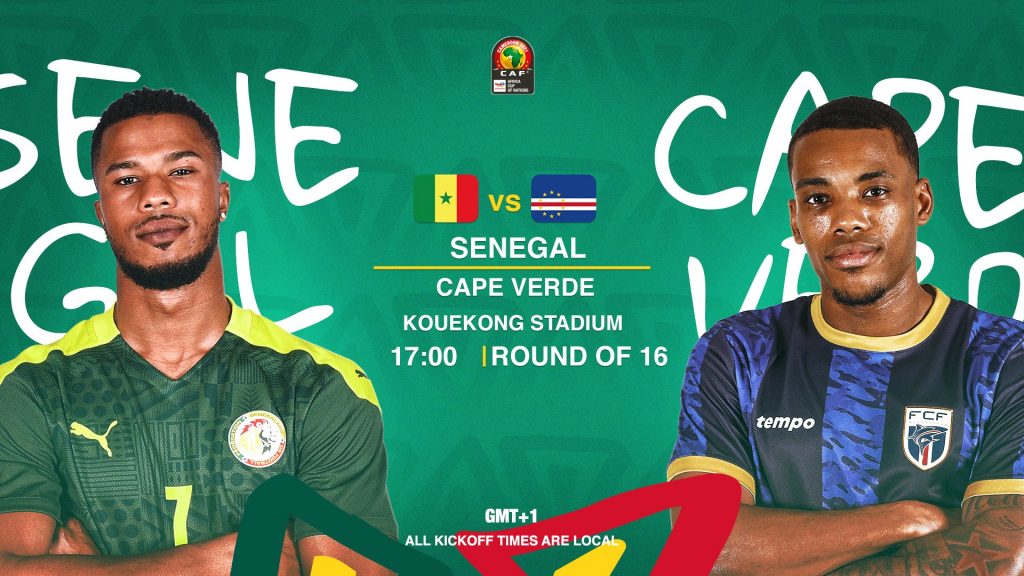 The stage is set for the Teranga Lions of Senegal and Blue Sharks of Cape Verde for the  TotalEnergies Africa Cup of Nations round of 16 knockout.

Senegal is tipped as favourite to win the AFCON title and the chances seem to be even  more glare following the premature exit If defending champion, Algeria.

Senegal is yet to concede a single goal but that feat will be put to test today.

Read Also:Comoros can be proud despite leaving AFCON 2021 after loss to Cameroon

Aliou Cisse men will play a 4-4-2 formation with Sadio Mane and Famara Diedhou up front.

The Blue Sharks performance was remarkable, having picked up four points in the group.

They rounded up with a 1-1 draw against hosts Cameroon.

Cape Verde will going to play a 3-4-3 formation with Stopira, Pico and Steven Fortes as central back .

Here is how both teams line-up.