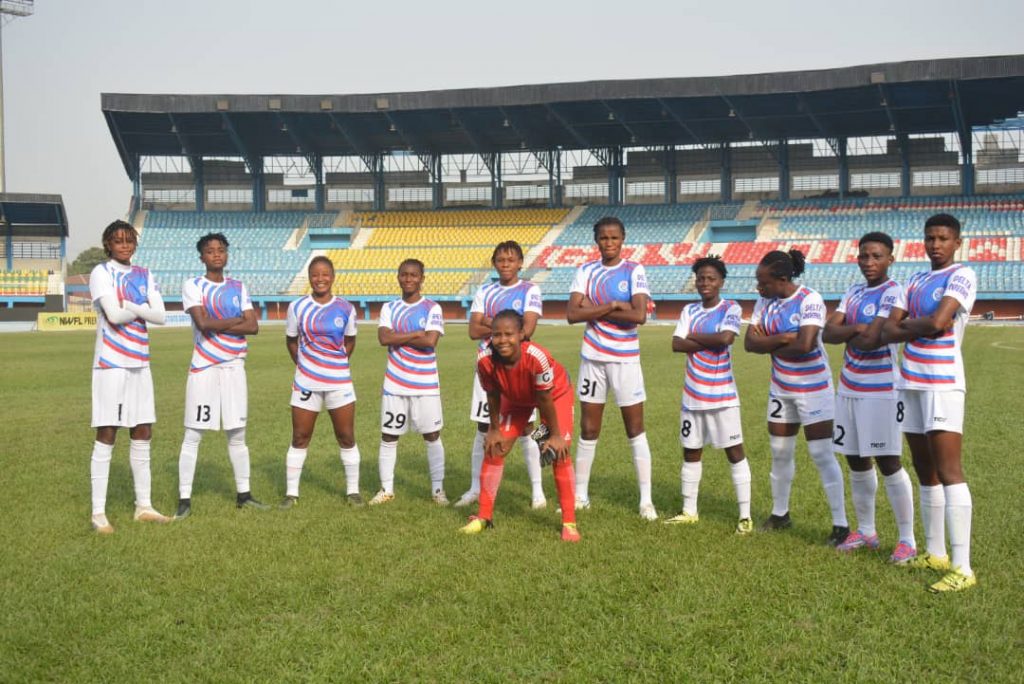 Hostility continues in the Nigeria Women Football League as the 2021/2023 season enters Matchday 6 on Wednesday.

In Group A, leaders Edo Queens will be hoping to maintain their top place when they host Osun Babes at the Samuel Ogbemudia Stadium.

Edo Queens picked a vital 1-0 away win against Pelican Stars on Matchday 5 to claim their third win of the season and remain unbeaten so far this season.

Naija Ratels unbeaten run will be out to test when they travel to Area 10 Sports Complex Abuja to trade tackle against second placed Nasarawa Amazons.

While Adamawa Queens will be hoping for a second win of the season when they host bottom of the table, Pelican Stars at the Pantanmi Stadium in Gombe.

In Group B, it will be a derby clash between Delta Queens and Royal Queens at the Stephen Keshi Stadium Asaba.

Delta Queens will head to the game on the back of their goalless draw against FC Robo in Lagos on Matchday 5.

Royal Queens on the other hand defeated visiting Sunshine Queens 2-0 to claim their first win and would be coming out firing against their city rivals.

Erstwhile, Sunshine Stars would be looking to vent the anger of last week defeat on Abia Angels at the Ondo Sports Complex.