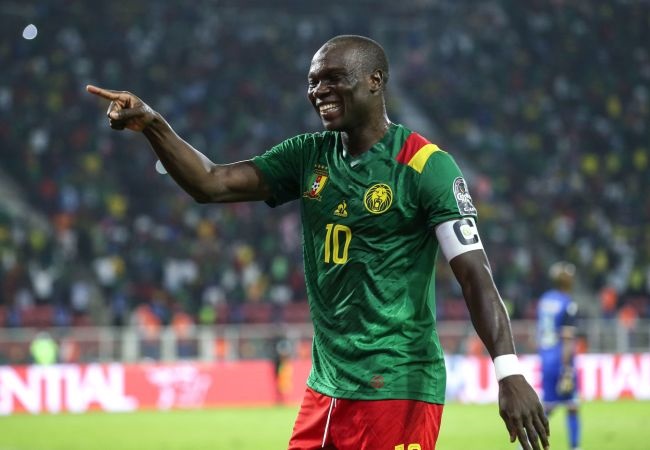 Hosts cameroon advanced to the ongoing Africa Cup of Nations (AFCON) last eight with 2-1 win over 10-man battling Comoros at Olembe Stadium on Monday. The captain Vincent Aboubakar netted the winning goal for the Indomitable Lions to book their place in the quarter-finals.

This was Aboubakar’s sixth goal at this year’s tournament. And he’s one goal away from breaking McCarthy’s seven goal tally in a single AFCON tournament.

With Cameroon through to the quarter-finals where they will face Gambia, Aboubakar still has a chance to score a few more and possibly be the new record holder.

McCarthy is sitting on seven goals in a single AFCON tournament. And he’s still the record holder in the entire continent in that regard.

He scored all the seven goals during the 1998 edition of AFCON in Burkina Faso. And no any other player has managed to break that record to date.