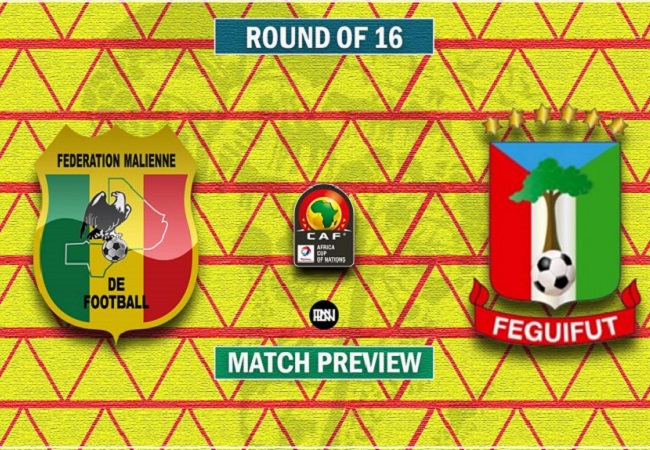 The final match of the Africa Cup of Nations (AFCON) last 16 takes place tonight when Mali face Equatorial Guinea. The game will kick off at 19:00 GMT at the Limbe Stadium.

Mali are much favourite to come out having topped their group. And they are yet to taste defeat at the tournament.

A win over Tunisia got their AFCON campaign off to the perfect start. And a draw against Gambia and then a comfortable victory over Mauritania saw them safely through to the knockout stages.

“This group has matured, we adapt to the reality of the match. Behind self-sacrifice, will and power, we play to make our people proud. We will face a good team from Equatorial Guinea. We respect them but we will play to win. I always tell my players we play to win; we want this cup. Mali is one of the best nations in African football, it takes a continental trophy to top it off.” Said Mali coach Mohamed Magassouba ahead of the meeting.

Equatorial Guinea will certainly not be intimidated though. They’ve only qualified for the tournament twice in the past. And they’ve made the most of it each team, reaching the quarter-finals in 2012 and then finishing fourth in 2015.

They’re in good form too, having ended Algeria’s 35-match unbeaten run on their way to qualifying for the last 16. And they have every chance of continuing their run.

“We are motivated to play, and will just apply our system with our way of doing things. The players are concerned with the same state of mind. We don’t play according to the opponent, each match has its story. We respect the teams but we go for the win without fear. Because we have worked hard, we have shown that we can go further.” Equatorial Guinea coach Juan Micha declared.