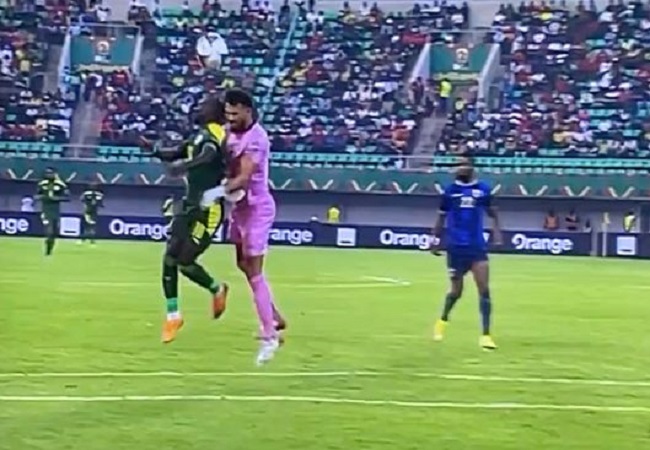 Sadio Mane was removed from the pitch during Senegal’s round of 16 AFCON tie against Cape Verde on Tuesday for head injury. However, the Liverpool striker appears to be in high spirits.

The Senegal talisman has posed for an image with Vozinha, the Cape Verde goalkeeper, who caused the injury when the pair clashed in the game that saw a goal and the Lions’ progression to the last eight.

Jurgen Klopp and all Liverpool fans will be happy to see his caption that thanks everyone for their messages and the joke about Senegal vs. Cape Verde being played on the pitch and in the hospital.

Fingers crossed there’s no lasting damage and that the former Southampton attacker is given the correct amount of time to fully recover, before being permitted to play any more football.