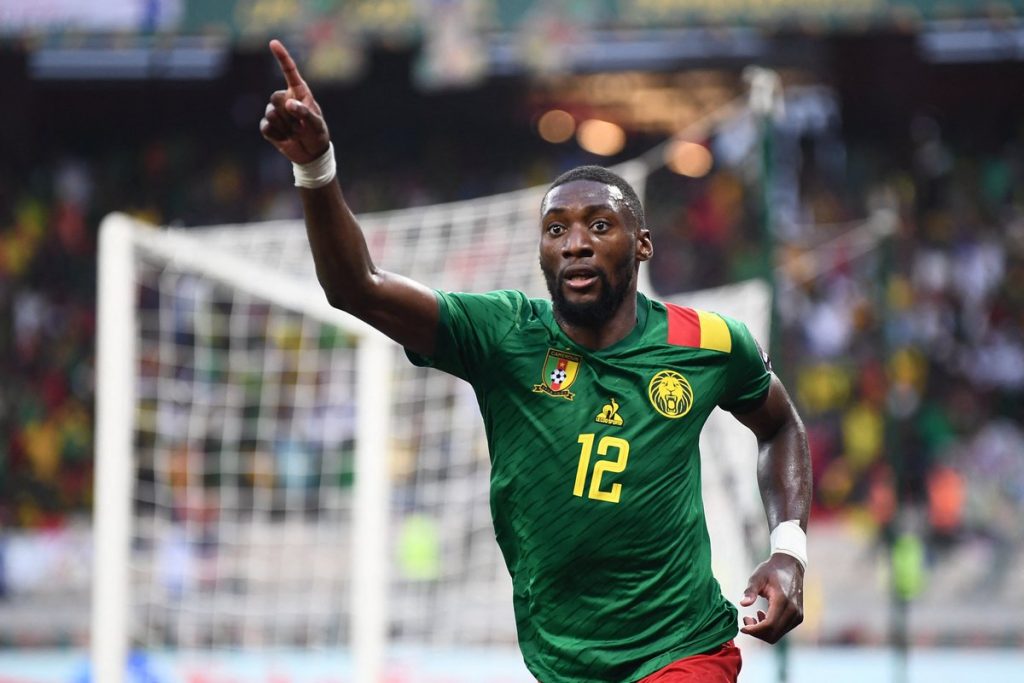 Cameroon ended the AFCON journey for the Gambia after beating the minnows 2-0 at Japoma Stadium on Saturday afternoon to qualify for the semifinals.

Striker Karl Ekambi scored a double within seven minutes in the second half to break the resistance of the Scorpions who had their backs to the wall for the better part of the game.

In the first-half, leading striker Vincent Aboubacar nearly gave Cameroon an early lead in the 14th minute but he flicked the ball over the bar.

Gambia survived the biggest scare of the game after Cameroon’s sustained pressure when Aboubacar’s powerful header was dealt with smartly by the Scorpions goalkeeper Baboucar Gaye who spread himself big to deflect the ball away off his chest in the 35th minute.

Samuel Gouet had crossed the ball into the box from the right wing targetting the AFCON leading scorer.

First half ended goalless. When play resumed, it took just five minutes for Cameroon to take the lead with the Europa League leading scorer Ekambi heading the Lions ahead following a cross from Ngoran Collins Fai.

A few minutes later, Fai nearly doubled the lead but after getting to the end of a through ball, he placed his effort into the side-netting from a tight angle.

Finally, the Indomitable Lions doubled the advantage when Ekambi slotted the ball into the roof of the net after meeting a cross from the left wing.

Cameroon finished the game strongly while seeking to add more goals but somehow Gambia kept the Lions at bay.