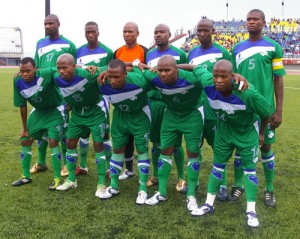 Coaches from Europe are among those who have applied for the vacant Lesotho senior national football team coaching post, the Southern African country’s FA has confirmed.

Lesotho Football Association (LeFA) Secretary General, Mokhosi Mohapi, confirmed on the association’s website that they had received over 100 applications for the job.

He did not disclose the identities of the applicants but indicated that they were from countries such as England, Holland, Serbia, Italy and France whereas others are from South America.

“Having been in football for many years, it has not surprised me at all that there have been so many applicants. This has been as a result of probably the ongoing pandemic which has rendered redundancy at either Club level or even some national teams,” Mohapi is quoted saying.

“Normally when there are such openings, there is a huge influx of applicants and our case has not been any different. We hope to have completed the entire process by next week.”

Coaches from African countries such as South Africa, Ghana, Mozambique and Zambia have also applied, including some who took teams to the ongoing Africa Cup of Nations tournament in Cameroon.

The FA is looking for CAF A-Licence holder with proved coaching experience at the highest for club and country.

Technical Director Leslie Notsi is in temporary charge of Likuena ahead of the 2023 Africa Cup of Nations preliminary round qualifiers against Seychelles scheduled for March.