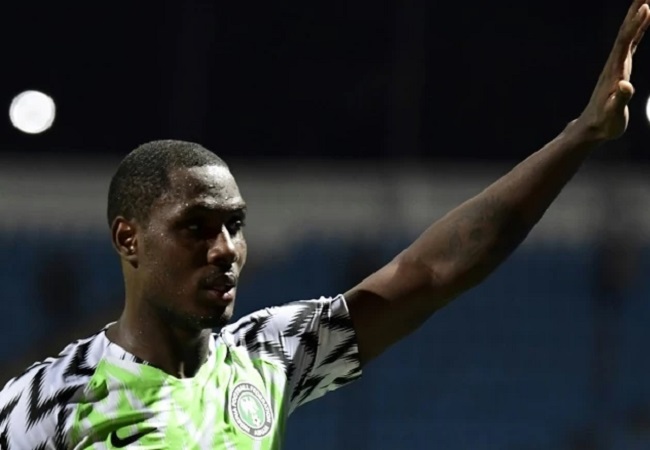 Odion Ighalo was included in Nigeria’s 2021 AFCON squad after coming out of retirement. But the former Manchester United striker could not honour the callup because of club issues.

However, Pinnick has now confirmed that the 32-year-old attacker will be back for the two massive games against Ghana next month.

The NFF president said this after visiting Ighalo in Qatar where he is currently representing his new club Al-Hilal at the FIFA Club World Cup.

“I just met with @ighalojude, the highest goalscorer at the 2019 edition of the AFCON, now playing and still scoring goals for Saudi Arabia’s biggest football club. Odion has assured that playing for his country will always come first. And he is ready to ensure that we do play at this year’s @FIFAWorldCup in Qatar.” Pinnick said.

Ighalo had initially retired from national duty in 2019, but he came out of retirement after speaking to Pinnick and ex-Super Eagles coach Gernot Rohr.

The former Watford man played in the 1-1 draw in the World Cup qualifying clash against Cape Verde last year. And he should have represented Nigeria at the AFCON. But was denied the chance by his former club Al-Shabab.

Meanwhile, Pinnick also expressed his happiness over Ademola Lookman’s availability for selection. The Leicester City winger has now been cleared by FIFA to represent Nigeria after playing for England’s youth teams.