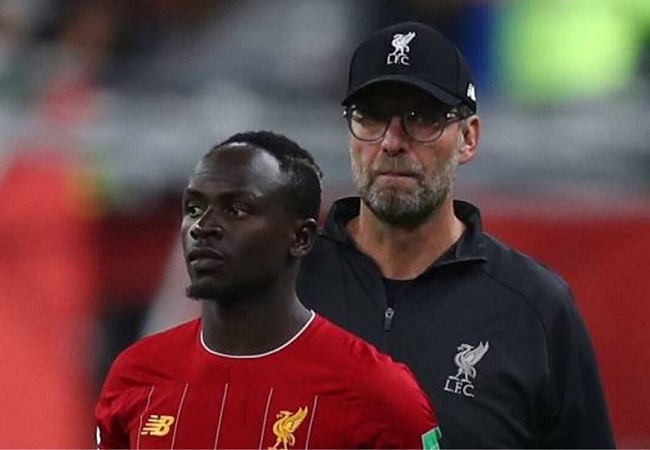 After his Africa Cup of Nations (AFCON) crown last Sunday, Sadio Mane joined Liverpool teammates for a training this Friday. And the Senegalese international is set to be in contention for Burnley clash the coming Sunday.

Mane only landed back in England on Wednesday night and with the team playing Leicester 24 hours later with no opportunity to rejoin the group.

Liverpool Manager Jurgen Klopp is confident he will be ready with a couple of sessions behind him.

‘Sadio will be available. He will come now this morning for training and will be in full training.’ he said.

‘We make a decision after that. Emotionally he will still be high flying. But we have to see how he is.’

Klopp also confirmed captain Jordan Henderson will be back in the squad after being rested against the Foxes because of a back problem.

Salah was back in club action on Thursday night as he came off the bench in Liverpool’s comfortable 2-0 win a home to Leicester.