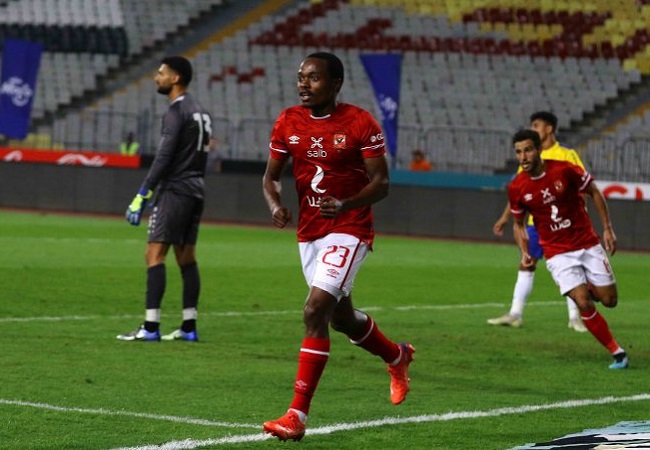 Mosimane signed Percy Tau with the pursuit of FIFA Club World Cup glory in mind. Unfortunately, he has not featured in the competition yet as the Bafana Bafana international suffered an injury to his quadriceps, forcing him to be sidelined for four weeks.

The good news is that Percy Tau is on his way to making a much-anticipated return. But it is still uncertain if he will make it in time to feature in the bronze medal match for Pitso Mosimane’s AL Ahly.

According to iDiskiTimes, the South African forward will not be fit too make his Club World Cup debut. However Tau is scheduled to make his return in time for Bafana’s massive clash against the defending world champions France for international firendly. This means a scheduled return for Tau is in March. More specifically, 29 March when Hugo Broos’ side take on France in Lille.

Tau could return to training in coming weeks though since he is on schedule with his recovery.