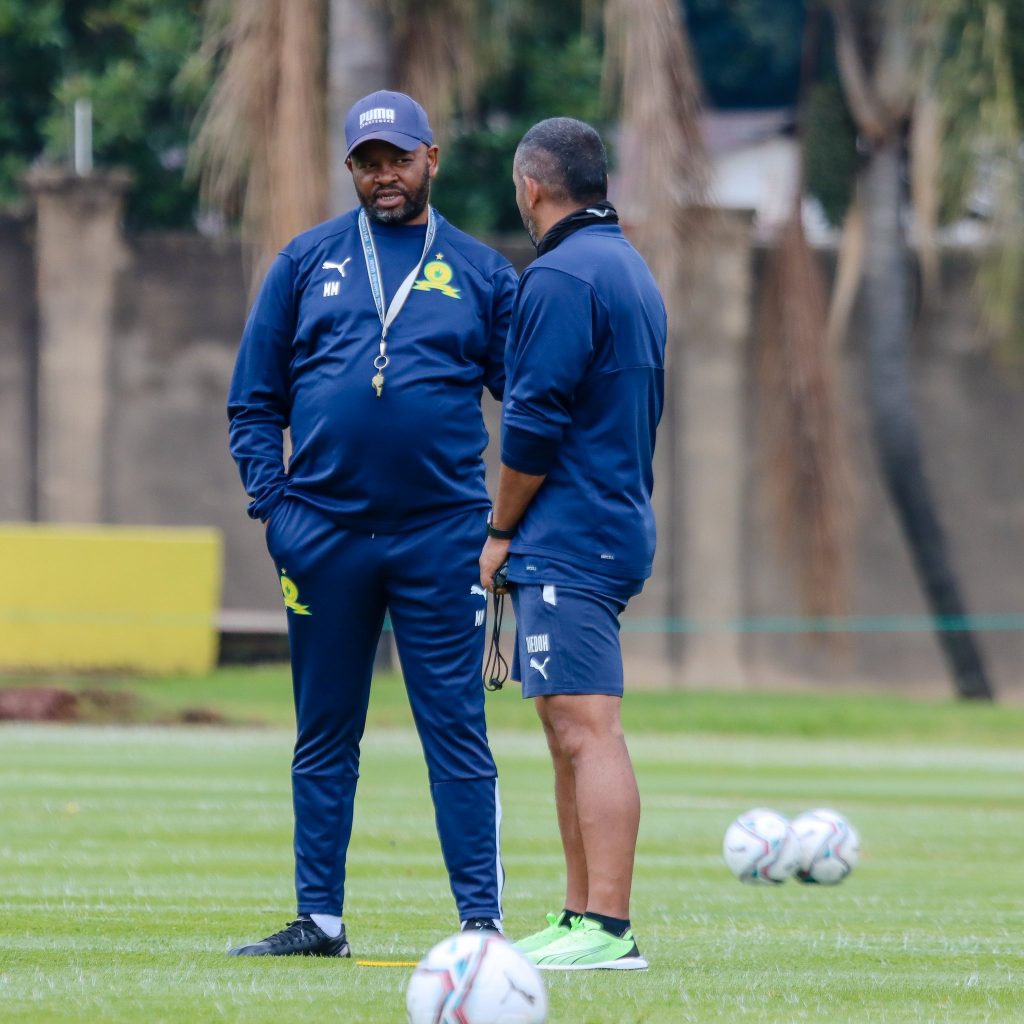 The South African side will host Al-Hilal and stake is high for the Bafana Ba as they seek to repeat last season feat against the same opponent.

Mamelodi Sundown season has got off to one of the smoothest of starts domestically – having won their first game in the Nedbank Cup to advance to the next round of the competition, and also winning their first league game by 2-0.

“The team has been busy in the last six days, having two games in between, but the good thing is that we’ve managed to get the results that we’ve worked for.

“Playing a team like Al-Hilal which was in our group in the previous camping, it gives us the chance to look at ourselves and to look at the games that we’ve played against them, but a very difficult game to play, a very aggressive team, not easy to break down.

“We have to start well in these group stages because we know that our next two games are away from home, so positive results [at home] will give us good motivation going into the next game in Sudan and also in Egypt.

“For us it’s all about getting results in Rustenburg and looking forward to the next game in Sudan.”

After booking their place in the Champions League quarter-finals with victory over their group B opponents last season, the reigning Premier Soccer League champions are keen to continue chasing the continental cup.

“We are looking at our competitors in the Champions League and we are trying the best we can to get the team to that level, and make sure that we are at a stage where we compete at almost the same level with them and with one mentality which is to win the Champions League.” Expressed Coach Manqoba.

“All these seasons even when we did not win it, our plan was always to fight to win it, that’s why we are fighting to be in the Champions League every year and signings are always influenced by us in trying to make sure that we are better than what we were in the previous year, and we are hoping we will get there.

“The whole technical team is gunning for it, understand what is at stake but we also know it’s a very long road, we have to try to tread carefully.”

The Brazilians meeting with the Sudanese team is not an anonymous meeting, the two giants met  in the group stages of this continental battle in group B, the South African outfits won the encounter by 2-0 and a draw was concluded in the second round away in Sudan.

According to Downs coach, an observation on their opponents was once again paramount.

“We’ve done a very intense study on Al-Hilal, we’ve watched a lot of their matches, even going back to the match that we played against them in Sudan and here in South Africa.

“Their team has not changed that much, we know we are playing against a team that is very robust, a team that is aerially very strong [as] both the center backs are very tall, the central midfielders are tall, their striker is tall, they’ve got a very tall team.

“Generally against Al-Hilal we know the game is most likely to be on two fronts, either on set-pieces, and also on their counter attacking game, that is why one anticipates, based on what we know, we anticipate that at home they might sit back a little bit and maybe present 4-5-1 or a 4-1-4-1 scenario to try and make sure that they are compact and they are hoping to catch us with breaks, but set-pieces are always the order of day against a team like Al-Hilal.”

Coach Manqoba confirmed the registration of his new recruits:

“For this period there are only a few players that we’ve registered, Surprise Ralani, Teboho Mokoena, Saavedra, the rest of the squad was registered earlier.”

Mamelodi Sundowns play against Al-Hilal Omdurman in the CAF Champions League group A, round 1 on Friday, 11 February at the Royal Bafokeng Stadium. Kick off time is 18h00 (CAT), this game will be televised on SuperSport.