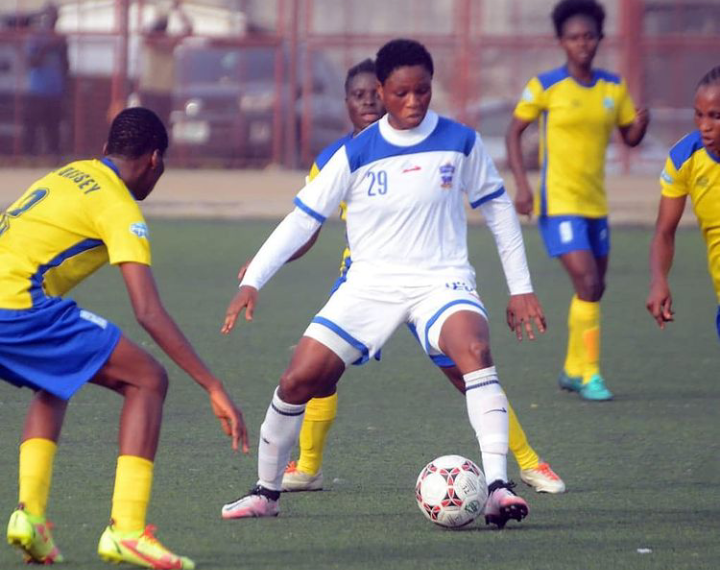 Delta Queens recaptured their former goal poacher beating other clubs such as Confluence Queens to the signature of the forward.

Dominance was signed by Rivers Angels after the NWFL Super Six tournament at Ijebu Ode.

The prolific striker was then courted by Sunshine Queens and has now rejoined Delta Queens.

The forward in a telephone interview with Africatopsport.com said it felt good to return to Delta Queens.

She said her mission is to ensure that she help the club to win the NWFL title this season after they narrowly missed out last season.

The former Jokodolu FC player thanked the management of Delta Queens for the confidence they have on her by resigning her and promised to repose the confidence by scoring goals.

Dominance said she believes the club head coach David Evumena would help her to improve in many ways.