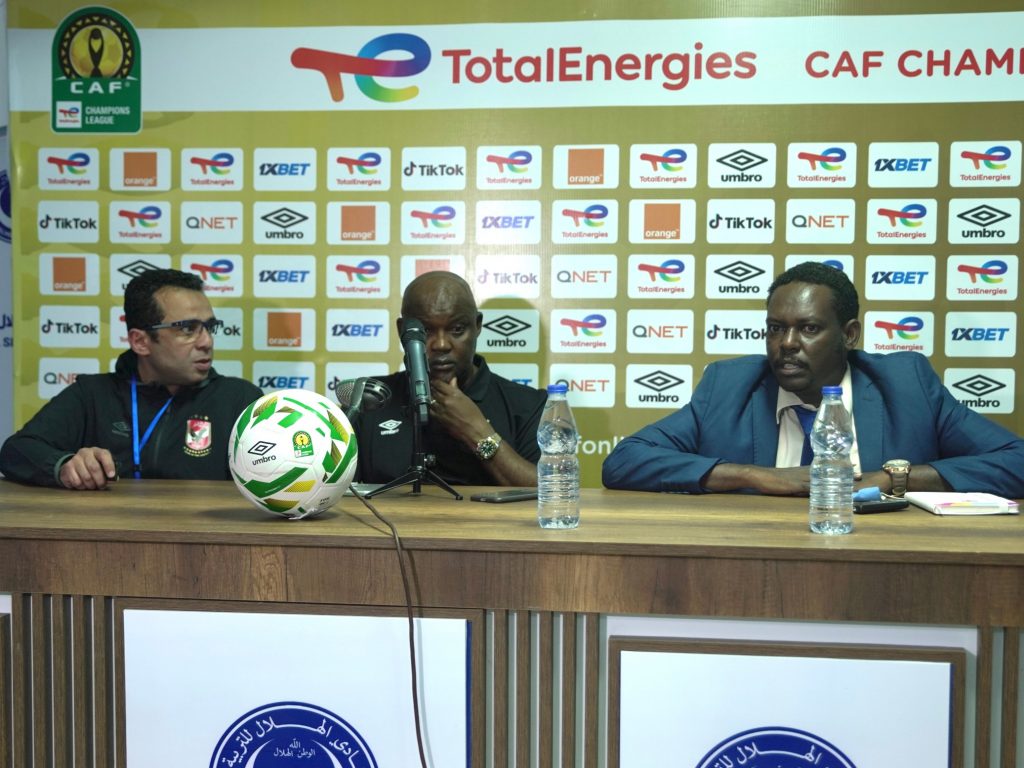 However, the outspoken South African mentor said Al Ahly could not expect easy games as the group is tough.

“It is a satisfying result for us. We came here to win and we had a chance to secure the three points with Afsha’s shot that hit the post,” he told Al Ahly website.

“Al Hilal are a better side compared to last year. They have a strong squad and they are good in attack and defense.”

“It is a difficult group with four big teams and everyone has a chance to reach the next round.”

During the game, the Sudanese stood their own and even threatened to score before both teams shared the spoils.

The hosts had a bright start, as Yasir Mozamil came close to giving them the lead in the seventh minute with a strike in the box from a cross that was smothered by goalkeeper Aly Lotfy.

The Sudanese giants continued to pressurise Al Ahly in the closing phase of the first stanza and Mohamed Ouattara had a big chance to break the deadlock just before the half-time after a loose ball from a defensive error in the six-yard box but Lofty came out quickly to avert danger.

The Red Devils had a better ball retention in the early stages of the second stanza but they were still cautious and lacked the urgency in the final third.

The game was on the edge in the closing stages and Magdi Kafsha came close to netting the winner for Al Ahly in stoppage time with a low curling strike after cutting inside the box that came off the inside of the post. And the game ended in a goalless draw.