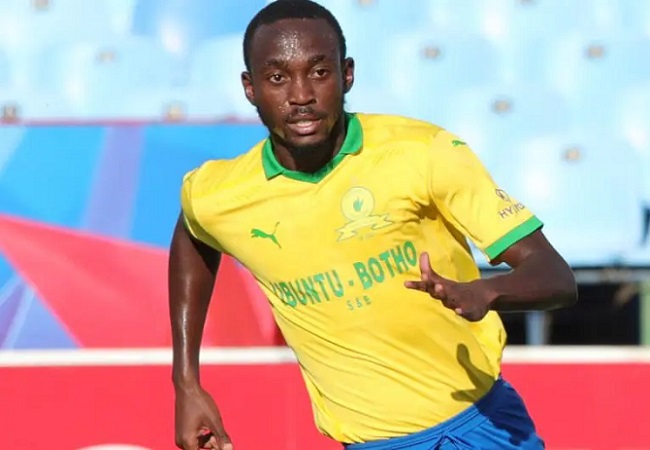 Peter Shalulile had a fantastic debut season at Sundowns last campaign. And he has been honoured with the award as such.

Shalulile has beaten the likes of Shalulile, Zwane, Onyango (all Mamelodi Sundowns), Veli Mothwa (AmaZulu) and Njabulo Ngcobo (for his outstanding season while at Swallows before joining Kaizer Chiefs) for the award. The association itself confirmed this on its official Twitter page.

According to Soccer-Laduma, Shalulie’s victory was a landslide one, which is perhaps no surprise when you see what he managed last season. The Zambian international managed 30 goal involvement last season, scoring 22 goals and registering eight assists for Sundowns.

A lot was expected of Shalulile, upon joining the Brazilians Highlands Park. And there can be no doubt that the player has only be delivering since signing for the club from the capital.

“This being our second edition of the awards. It has brought a lot of excitement to our members. These awards are also important for the players to see how they are appreciated by key stakeholders like football journalists in the industry. We are looking forward to some more exciting announcements around the Safja Men’s Footballer of the Season and Women’s Footballer of the Season awards next week.” Said a statement from the association chairman Velile Mnyandu.