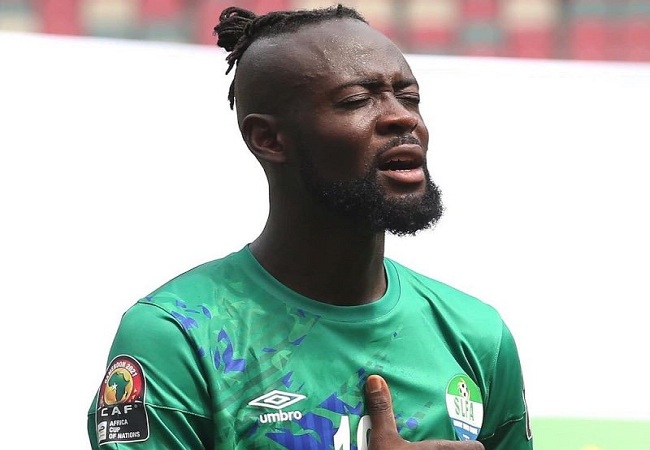 CF Montreal announced on Friday the signing of Sierra Leonean striker Kei Kamara. The Canadian giants have agreed to terms with Kamara on a contract for the 2022 season including an option for the 2023 season.

“In the absence of numerous attacking options through either injury or illness, namely that of young forward Ivy Brisma who had a strong preseason training camp, we had to take measures to strengthen the roster.” Montreal sporting director Oliver Renard commented on the new acquisition his team made.

“Kei is a highly experienced player in MLS whose offensive abilities will help us both on the pitch and in the locker-room with our young group of players. We’re happy to welcome him to the Club.” He also added.

Kamara has played 15 seasons in the MLS. And he has played 359 regular-season games playing 299 minutes out of a possible 27,117 scoring 130 goals and adding 47 assists. He is the fifth-best goal scorer in the league having scored over 100 goals in his career.

He was drafted back in 2006 by the Columbus Crew ninth overall in the SuperDraft. And he played for the Crew for the first two years before stints at the San Jose Earthquakes and the Houston Dynamo. After that, the striker went on to play for Sporting Kansas City before heading back to Columbus in 2015.

He went on with the New England Revolution, Vancouver Whitecaps, Colorado Rapids, and Minnesota United FC. He also has experience playing overseas in England for Norwich in the Premier League after beating loaned to them and after signing with Middlesborough where he scored four goals in 25 games.

He most recently played for HIFK in the Finnish league where he scored five goals in 14 games with a place in the starting lineup.

In international duty, he most recently represented his country, Sierra Leone, at the just concluded African Cup of Nations in Cameroon playing all three group stage games.

He is responsible for sending his country to the tournament after he scored the game-winner against Benin which qualified his country for the first time since 2006.