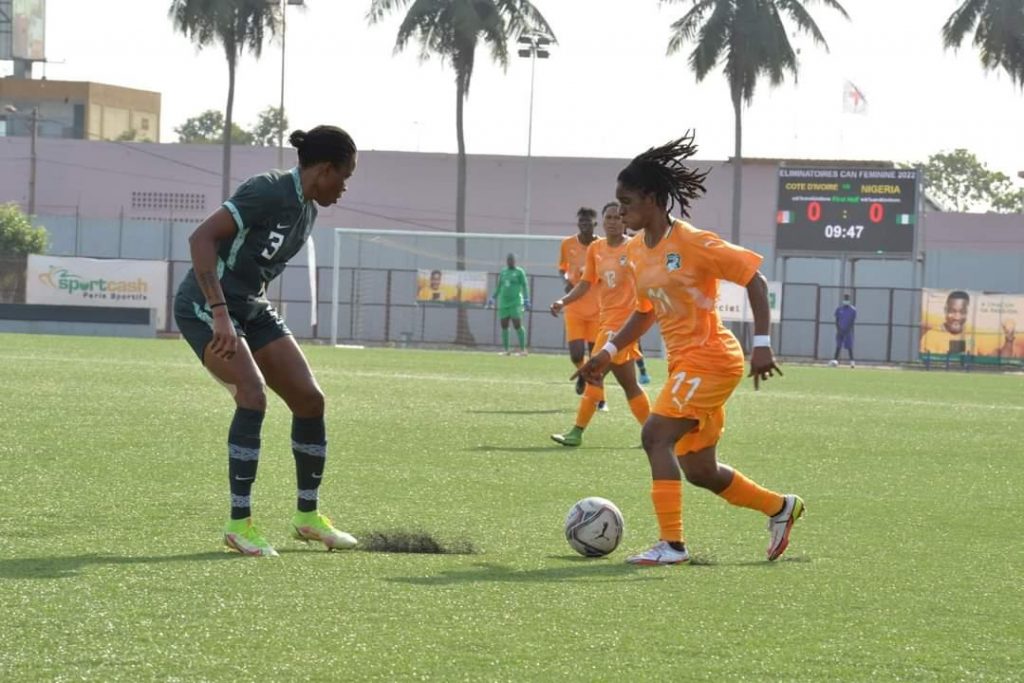 Super Falcons are through to the 2022 Africa Women’s Cup of Nations following a 3-0 aggregate win against Lady Elephants of Cote D’Ivoire on Wednesday.

The Super Falcons headed to the game on the back of their 2-0 victory against their opponents in the first leg of the AWCON qualification last week.

The Ivorians were hoping to turn the deficits at the Robert Champroux Stadium, Abidjanbut the Super Falcons was up to the task.

A cagey first half saw the hosts almost took the lead in the 44th minute but goalkeeper, Nnadozie made a stunning save to keep her team from conceding.

Esther Okoronkwo finally got the solitary goal of the game in the 87th minute as it guaranteed Nigeria qualification to AWCON.

The 2022 AWCON will be hosted in Morocco later this year.

The last edition of the tournament was won by Super Falcons.