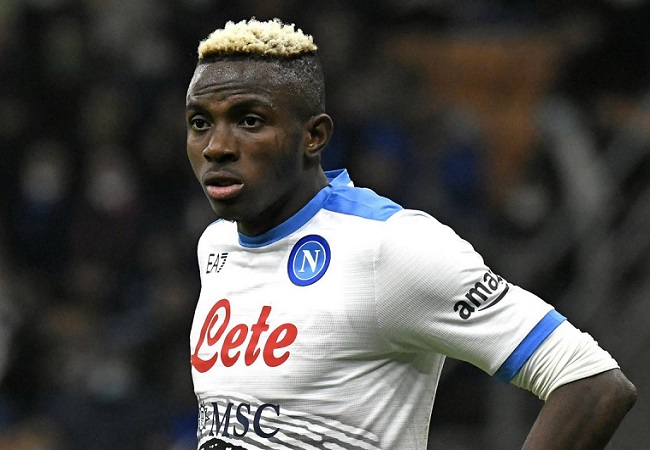 Napoli suffered 4-2 loss to Barcelona on Thursday in Europa League Round of 32 game. And Victor Osimhen went off during the meeting with a suspected injury. This could worry Super Eagles coach Austin Eguavoen ahead of Nigeria’s World Cup play-offs against Ghana.

Although Osimhen played for 73 minutes in the clash at the Diego Armando Maradona Stadium, he walked off with a heavy strapping on his knee. This raised speculations that he might have picked up another injury.

Osimhen appears to have been nursing the injury since the first leg of the clash last week. The Nigerian international had a taping in the reverse fixture at the Camp Nou. At the same time, Spalletti also revealed he did not start against Cagliari on Monday because he was not fit enough.

Also Read : SPALLETTI COMPARES OSIMHEN TO MARADONA AHEAD OF NAPOLI’S CLASH AGAINST BARCELONA

It now appears he has aggravated the issue in the match against Xavi Hernandez’s men on Thursday. Napoli are yet to release a statement. But Osimhen’s fitness will be a big worry for Nigeria ahead of next month’s clash against Ghana.

The Super Eagles play their West African rivals in two massive World Cup playoff games. And they will need their star striker to boost their chances of qualifying for the World Cup in Qatar.

Osimhen’s potential absence will be a blow for Nigeria after he missed their 2022 Africa Cup of Nations (AFCON) campaign due to a facial injury.

The ex-Lille man only returned to competitive action last month after eight weeks on the sidelines.