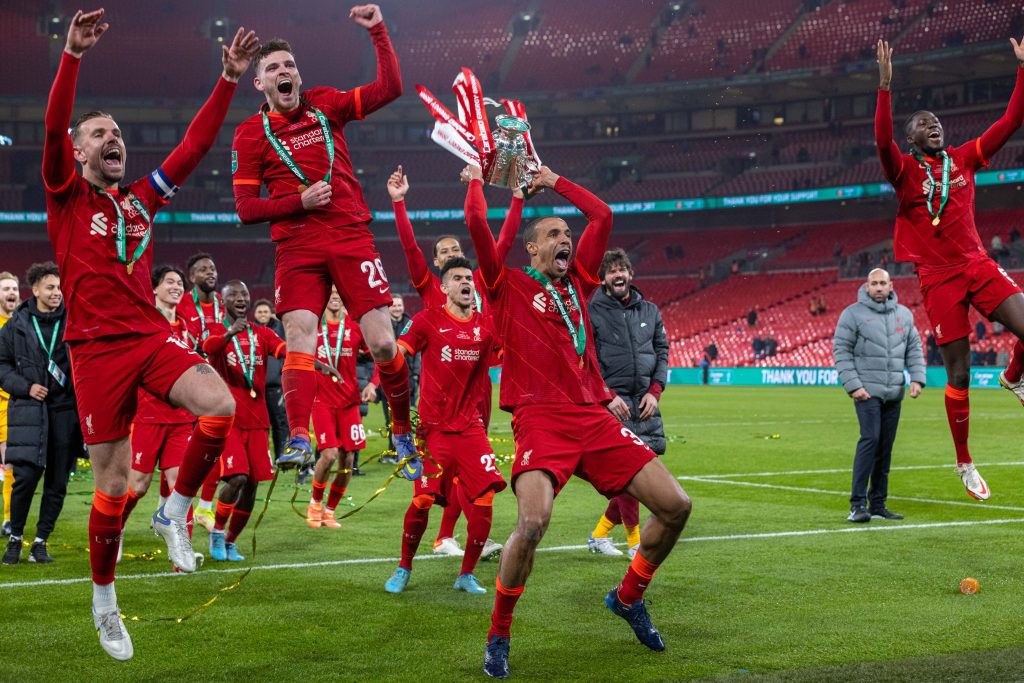 Liverpool defeated Chelsea 11-10 on penalties to lift the 2021-2022 Carabao Cup for the for time later ten years.

A game characterized with cancelation of goals after consultation with VAR was settled from spot.

Chelsea, who had three goals disallowed for offside, were left to rue two big misses by Mason Mount but they were also grateful for a magnificent display from keeper Edouard Mendy, who produced a string of outstanding saves.

Read Also:John Barnes Urges Liverpool Not To Accept All Of Salah’s Contract Demands

On the other hand, Liverpool created a host of chances and had a Joel Matip goal ruled out for a foul and offside in an incident-packed game that went right down to the wire before the Reds prevailed.

Thomas Tuchel confidence on Kepa Arrizabalaga to win another silverware for Chelsea could not materialize after he brought out Edouard Mendy for the Spaniard.

Kepa missed the decisive spot-kick after a magnificent game came down to a shoot-out between Chelsea’s keeper and his Liverpool counterpart Caoimhin Kelleher scored.