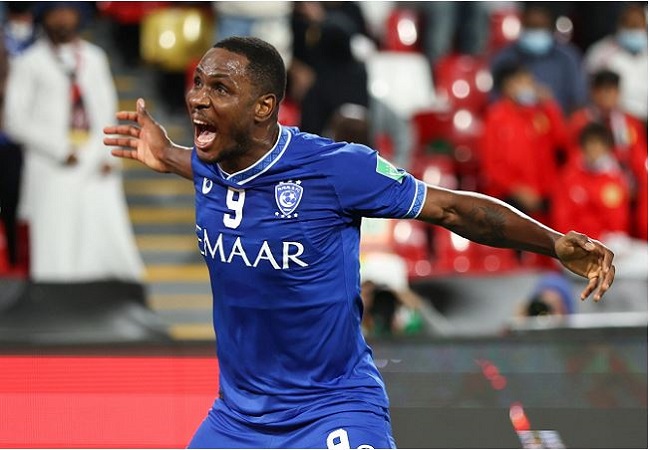 Super Eagles striker, Odion Ighalo, who scored 40 goals in 100 appearances with Watford in England revealed playing in the Saudi Pro League is like playing in the English Football League Championship. The Nigerian international made the comments as he participated in a Questions and Answers session with fans of the Hornets.

Ighalo said the Saudi Pro League is tough and challenging. But it’s nothing compared to the buzz and passion of the Premier League.

“I’m enjoying my time here. It’s my second year here in Saudi Arabia with a different team. And everything is going well. I’m scoring goals and the team is doing well. So I’m happy!

“Everybody knows the Premier League is the best league in the world. And the standard of the league is very high. The intensity, the coverage, the fans and the stadium, everything is top. The league here is still growing. A lot of foreign players and managers are coming in. I would say it’s a good league and a tough league, but you can’t compare to the Premier League.

“I would say it’s Championship level. It’s very tough, physical and each team has foreign players playing and foreign coaches, a lot of tactical work and intelligent players in the league.

“In England we train in the mornings. But due to the weather here, it’s very hot and we train in the evenings. We have a longer day, train and then come back and rest. In China we trained in the mornings because the weather is not too hot there. It’s a different league and culture entirely. I’m happy I get to learn and live in difficult cultures. It’s something I will cherish for a long time.” Ighalo told Watford fans.

Ighalo joined Watford from Granada and helped them to gain promotion to the Premier League in his first season. In the 2015/16 season, his debut season in the Premier League, he finished with 16 goals and built a cult hero status at the club.

Currently with Al-Hilal who sit fourth on the Saudi Pro League log, Ighalo is expected to be in the mix as the Super Eagles vie for a place at the World Cup against Ghana later this month.