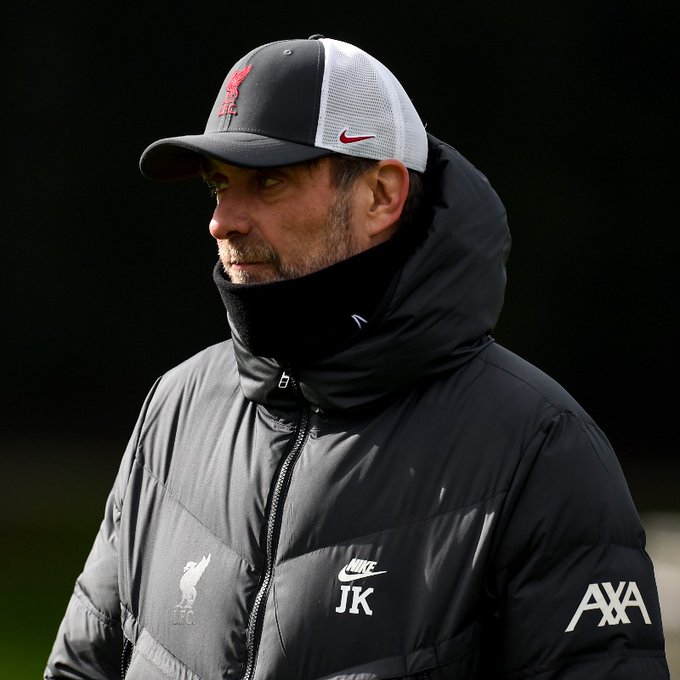 Liverpool manager Jurgen Klopp has confirmed that Alisson Becker will be in action in Wednesday Emirates FA Cup game with Norwich City.

Alisson watched from the bench as Caiomhin Kelleher won spot kick helped Liverpool to lift the Carabao Cup against Chelsea.

Klopp in his press conference ahead of the game at Anfield was asked if Kelleher would keep his place against Norwich and the German said no.

Read Also:Tuchel Rules Out James, Ziyech Ahead Of FA Cup Tie Against Luton

“He had 120 minutes. You asked me last week if he would play before, that he gets some rhythm and I said, ‘No, he’s used to the situation that he just comes on and has to play.’

“He’s not used to 120 minutes and being the hero. There’s no need to stress the situation now.

“No, he will not start tomorrow.”

The Reds boss was also quizzed on Kelleher’s long-term future at the club.

The Republic of Ireland international made the move to Merseyside in 2015 and signed a new contract last summer.

“For young goalkeepers it’s, of course, about development, and Caoimhin developed here in this situation incredibly well,” Klopp said.

“There was absolutely no intention to sell him or something like that, or give him on loan. Not at all because we need a strong No.2.

“Winning a trophy, that will help him? You have to ask Caoimhin that.

“But, of course, we want to help the boy as well to become the best version of himself – that’s what we did so far and that’s what we will do as well.

“But maybe there’s a year where he has to go on loan – I’m not sure if that will be next year or maybe later, it depends a little bit.

“Marcelo [Pitaluga] is already on a good way and we have to judge that situation, Adrian is still here and is doing an incredible job.

“We will see. But you need the quality we have here.

“And if we get weaker if he wants to go somewhere, then we don’t have the chance to do that.

“If you can keep the quality, then we could talk – but that’s difficult.”