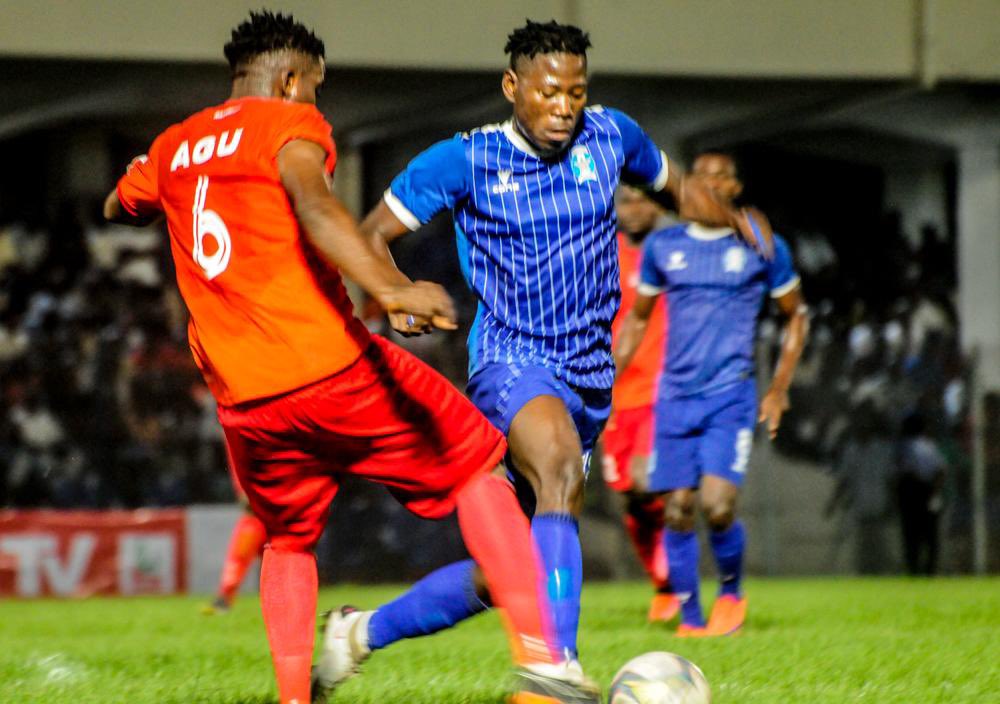 The 2021-2022 Nigeria Professional Football League(NPFL) continued on Wednesday as it entered week 16.

There was so much intriguing results as the season is gradually approaching half with two more games to the mid-break.

A total of 22 goals was scored after Matchday 16 games played across various venues.

Only league leaders, Rivers United and Plateau United won away from home at the end of the Matchday 16 fixtures.

Katsina United 4-1 win against visiting Dakkada FC was the highest margin recorded on Matchday 16 which did not recorded a goalless draw.

Rivers United continued their push to win this season NPFL title as they stunned their host Kano Pillars at the Ahmadu Bello Stadium, Kaduna.

The would be painful to the Sai Ma Su Gida side as the goal was scored by their former player Nyima Nwagua in 70th minute.

Plateau United are keeping the pace on Rivers United at the league summit as stretched their winning streak to three games defeating hosts, Lobi Stars 2-0 at the Aper Aku Stadium.

Goals from Chimezie Izuchukwu and Albert Hilary handed Fidelis Ilechukwu side the win.

Akwa United continued their resurgence since their Kennedy Boboye stepped down as coach picking another vital win at home against Wikki Tourists 2-0 at the Godswill Akpabio International Stadium, Uyo.

Adamu Yakubu put the hosts in front in the 49th minute, while Leo Ezekiel doubled the advantage a minute later.

After losing to Heartland FC in last weekend Oriental derby, Enyimba retuned to winning ways with a 2-1 win against Remo Stars.

The People’s Elephant ensured that Gbenga Ogunbote did not get anything as Victor Mbaoma scored against his former club Remo Stars.

Mbaoma netted the opener in the 37th minute before Ekene Awazie equalized for the visitors five minutes after the break, while Junior Nduka scored the winning goal for Enyimba from the spot 20 minutes from time.

MFM snatched a 1-1 draw from Tornadoes to boost their survival hope in the NPFL.

The Olukoya Boys took the lead through Richie Eguavoen in the 15th minute but saw their goal cancelled out by  Kabiru Adeniji  37th minute.

Heartland FC were no match to Sunshine Stars who dazzled their visitors 3-1 at the Dipo Dina Stadium, Ijebu Ode.

The first NPFL game of the season under spotlight played at the Lekan Salami Stadium in Ibadan between 3SC and Enugu Rangers ended 1-1.The result saw Shooting Stars gone four games without a win which has also left them three points above relegation zone.