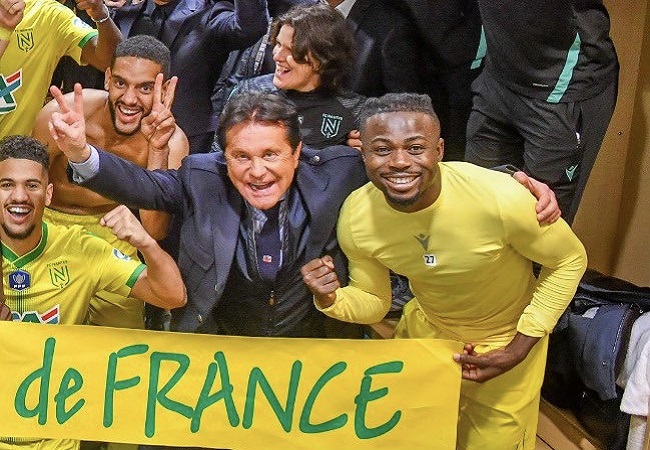 Nigerian attacker Moses Simon sent Nantes to the final of the Coupe De France as he scored the winning penalty after their enthralling semifinal clash with Monaco ended in a 2-2 draw on Wednesday.

The Super Eagles attacker had been one of Nantes’ best players this term. And it was only fitting that he led them towards what could be their first triumph in the competition in 22 years.

Moses missed Nantes’ goalless draw at Metz at the weekend due to family reasons. Still, the Nigerian’s excellent performance in the 3-1 demolition of French football’s dominant force PSG just a few days ago remains fresh in the memory.

And Nantes manager Antoine Koumbare showed his faith in the 26-year-old by sticking him right back in the starting lineup.

No winner emerged during regulation time with 2-2 draw. And the match proceeded straight to penalties.

Ben Yedder and Tchouameni missed their spot-kicks while Disasi and Volland netted theirs for Monaco.

But Nantes scored all four of their kicks, with Simon firing home the decider for a 4-2 win after Muani, Merlin, and Moutoussamy had put the Canaries in the driving seat.

Nantes last won the competition in 2000. And Monaco had not tasted cup glory since 1991.

Nantes will now wait until May when they will face Nice in the final of the Coupe De France.