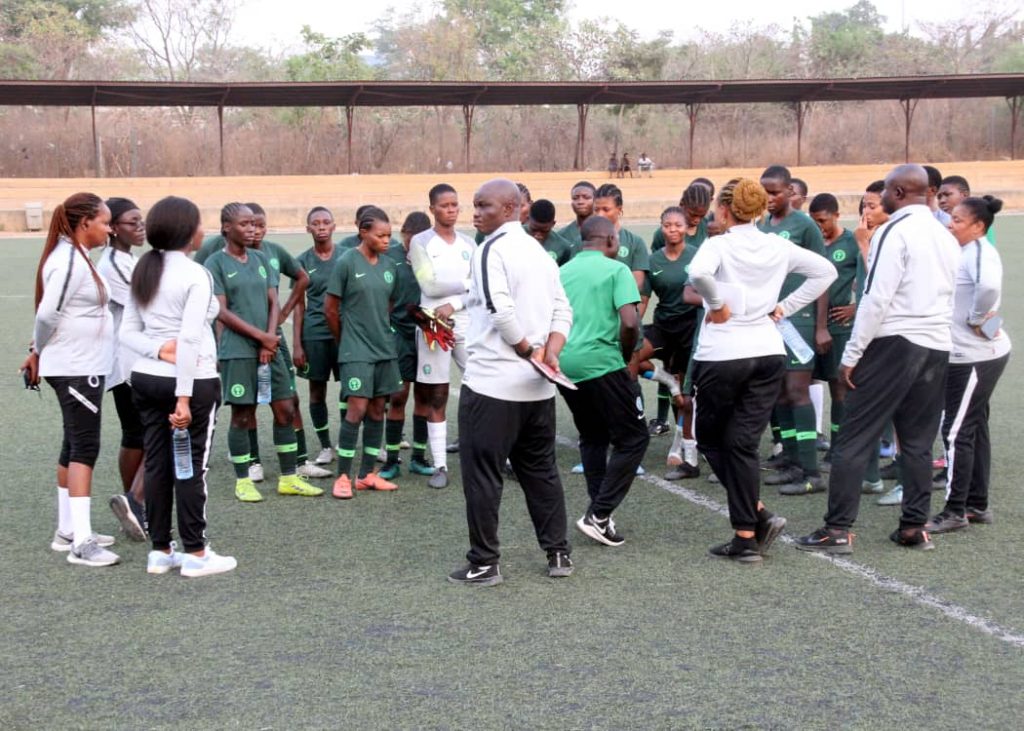 Nigeria U17 female team the Flamingos will depart for Democratic Republic of Congo today ahead of their FIFA U17 World Cup qualifiers.

The Flamingos will continue their quest for a place in the FIFA junior cadet World Cup with the first leg tie to be played in Kinshasa on Sunday.

Bankole Olowookere has invited 20 players for the game and will depart Abuja for Congo on Friday.

The Flamingos are yet to go past the quarter finals of the tournament having been denied a chance to reach the last four three times; 2010, 2012 and 2014.

Nigeria have participated in every edition of the FIFA U17 Women’s World Cup, bar one, since the tournament was launched in New Zealand in 2018.

They have only missed the tournament in 2018 which was hosted by Uruguay after Cameroon stopped them on away goal rule.

The return leg is scheduled for the Samuel Ogbemudia Stadium, Benin City on Saturday, 19th March, with the winner over two legs to clash with the Egyptian U17 girls in the third round of the African qualifying campaign next month.