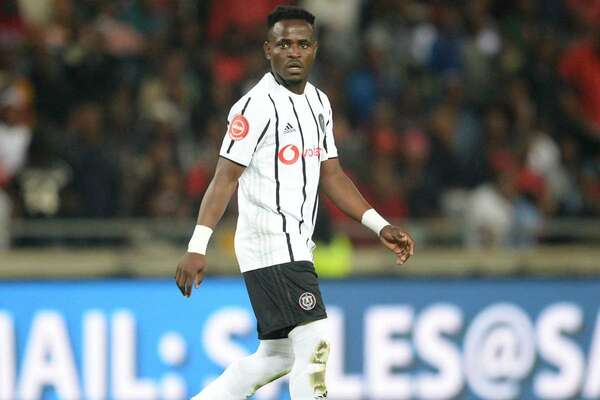 Striker Gabadinho Mhango’s former coaches in South Africa have said they have never had disciplinary problems with the Malawian striker who remains sidelined at Orlando Pirates.

“We had an open relationship,” Larsen, now Summerfield Dynamos FC coach, told the newspaper on Wednesday.

“When I coached him, when he first came to the country at Celtic and then again at Arrows, I never ever had a problem with him.”

Hunt also told the newspaper that Mhango was ‘one player you don’t want to be with a training session midweek, but only on the match days.’

“I never had a problem with his attitude, with his conduct, with his discipline, so it saddens me to hear these stories honestly, and it surprises me,” the Mamelodi Sundowns coach said.

“But I cannot comment about his relationship with his coaches because I don’t know what is like.”

Mhango was expected to transfer his Africa Cup of Nations (AFCON) red-hot form to Pirates, but the DStv Premiership club’s coaches have kept the striker on the periphery.

Pirates co-coach Mandla Ncikazi earlier said Mhango’s impressive form at AFCON was no guarantee for regular action at Pirates because the DStv is bigger than AFCON.

A few days ago, Ncikazi’s co-coach Fadlu Davids appeared to hint that Mhango has disciplinary issues, saying they pick their playing squad based on players’ attendance of training and punctuality.

Mhango was the only player to have scored for Malawi at AFCON in Cameroon, netting thrice in three games to help the Flames secure the Round of 16 place for the first time ever.

He scored the goal of the tournament when the Flames lost 2-1 to Morocco in the Round of 16.